If you're expecting Tizens, Fires or alt-droids to flower, don't hold your breath 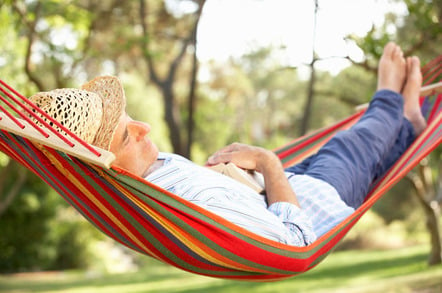 Comment The European Commission wants to see a thousand Android forks bloom as the result of its decision yesterday to demand remedies from Google for its anti-competitive conduct on mobile.

Or if not thousands, then at least a good few. Alternative Androids like FireOS or Lineage OS (formerly CyanogenMod) would become a much more familiar sight.

Competition commissioner Margrethe Vestager explicitly said yesterday that she considered a variety of Androids on the market as a proof point of success – a sign that Google was faithfully complying with the commission's requirements. Officials backed up her statements. And even if manufacturers did not feel bold enough to use alt-droids, the commission wants to see OEMs promote competitive apps and services. Only then could it be sure that the medicine was working.

But don't get too excited just yet. The most likely outcome, based on past rulings, and the current state of the mobile operating system landscape, is not radical change – but more of the same.

European regulators have taken a more aggressive position on consumer harm than US regulators have for much of the past 40 years (other than the Clinton era, which yielded the 1998 Microsoft competition case; US antitrust looks at price, not potential harm). The commission defined the market that Google had abused as "licensable smart mobile operating systems", a market now largely all but extinct, as we'll see. It found that Google's Anti Fragmentation Agreements (AFA) prevented an OEM making a non-Googley Android device, even when there was interest in making one.

American regulators would more likely have seen a straight fight between Apple and Google, and concluded that competition was healthy, and the consumer had two strong choices. For example, that's how they've approached America's broadband, on the whole: if one cable and one satellite operator compete in a territory, then everything is fine. That convenient distinction allowed DSL wholesalers to wipe out independent DSL retailers. Poof, there went the local ISP market.

Nobody made the punter buy an Android, the argument goes, and Google services were simply how Google funded the platform. The difference between US and European practices account for why Google is sincerely baffled by the European Commission's decision, and Americans are inclined to see dark geopolitical forces ("protectionism") at work.

Why the 'feudal' tech monopolies run rings around competition watchdogs

This is not how commissioners see it, of course. The European approach is to look beyond price and examine evidence of market harm; it can't really pick and choose. There's no doubt in terms of "licenseable mobile operating systems" there's only one game in town. It's obliged to carry out the Treaty of Rome. Vestager's speech anticipated many American objections to the ruling, and in her statement to the press she pointedly cited Milton Friedman, a hero to those for whom any kind of competition intervention is dangerous government meddling.

So to be specific, what would meaningful competition look like? More phones would run "licenseable" alternatives – either based on Linux, like Tizen or Sailfish OS, or on the open Android source base, like the aforementioned FireOS or Lineage. And at the same time, phones would present the user with a wider range of competing products and services beyond Google Maps, Google Play Store and Google Search.

But don't expect much to change – for three reasons.

Firstly, Google's Android has firmly entrenched itself, and as a result of the network effect, funding for many alternatives dried up years ago.

In reality only the only "licensable smart mobile operating system" to win any traction in the modern era was Microsoft's Windows Phone. As Vestager pointed out, this barely scraped to 5 per cent market share in Europe, and she noted Microsoft has now abandoned the effort.

Samsung-backed Tizen is a strong candidate, but even Samsung doesn't promote it heavily as a phone OS. Jolla's Sailfish emerged from the ashes of Nokia's frantic Linux push, but it's currently aiming at smart featurephones, like another licensable newcomer, KaiOS. But look what happened recently. Google pounced and KaiOS will become another Google-first OS. 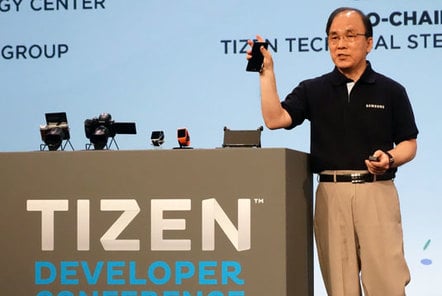 Of all the alt-droids, the one with the most mindshare is Lineage OS. It started as a custom ROM, CyanogenMod (CM), but by 2013 was winning big VC investments. In 2014, OnePlus's ground-breaking One phone ran CM, and other phone makers, including WileyFox, followed suit. VCs were confident that there was a business in an alt-droid. But by 2016, the game was up; Lineage was forked to keep the project alive. The regulator had stepped in far too late.

Similarly, Tizen and Sailfish could have used with the regulatory intervention a few years ago, too. Tizen offers a mature and versatile phone Linux, but the Tizen App Store is bare. Sailfish's even more so. Both have had to offer an Android run-time, but as owners of phones with BlackBerry 10 will know, compatibility is uncertain, and maintenance time increases. (One obscure but fascinating sub-plot of the commission's Android decision will be whether run-times can become more competitive – but we'll deal with that separately.)

So it's not as if a phone maker can start making a competitive product based on an alt-droid, or a Linux today: they face serious shortfalls in the apps department, or simply aren't mature enough for prime time.

While Vestager defended the speed with which her department had pursued the case, she only took office in November 2014. Officials had been probing the Android business already for many months. Proceedings formally opened over three years ago, in April 2015. A Statement of Objections was sent one year later. Twenty-seven months then elapsed before yesterday's fine. In the fast-moving world of technology, that's an eternity.

But the day on which the commissioner stands up and announces strong and decisive action is usually as good as it gets. The commission gets to stand tall and look tough. After the decision, things really slow down.

That's because in the early stages, the processes favour the prosecutor. After that, the processes strongly favour the defendant. A huge well-resourced company like Microsoft and Google can use the European bureaucracy against itself.

Take Microsoft. In 2004, the European Commission fined Microsoft a then-record fine of €497m. But Microsoft dragged its feet for years, providing incomplete documentation and earning itself another €899m fine four years later for failing to comply. If fines didn't deter Microsoft, why should they worry Google, which is vastly richer? It's ironic really. If Microsoft provided the template for Google's conduct on mobile – tying the browser to the platform, and tying the hands of OEMs in the name of "fighting fragmentation" – then it's also provided the template for a foot-dragging, insolent "compliance". We'll have to see how and if Google follows this masterclass.

Google is already one year into a compliance programme following the fine in a separate investigation for hampering vertical search rivals, that started back in 2008. Vestager hinted yesterday that she was watching Google's auction-based remedy closely and showed no sign of being impressed with it. You can see why: this involves Google providing credits to ad agencies to create comparison shopping sites, or "Comparison Shopping Partners", who populate the auction slots. Critics say this results in a proliferation of low-grade pseudo-comparison listings sites that Google said it wants to penalise. One complained to Vestager this week that Google's remedy was taking the piss. You can find out more here (PDF).

That illustrates how much better the commission is at finding fault, than it is at getting the company to fix its faults. If the first vertical remedy is turning out to be an ineffective dud, it's likely we'll be here in a year's time, scratching our heads why the alt-droid, the Mobile Un*xes and the alternative Play Stores haven't proliferated. The commission talks a good talk: the Financial Times headline today says Vestager's action "sends a stark message". But it's Silicon Valley that masters the remedy game.

Too little, too slowly, too late

Ultimately, as some shrewd analysts point out, it's all about timing.

"Europe's stance is arguably six to eight years too late," CCS Insight's Geoff Blaber wrote yesterday. "The commission is shutting the stable door after the horse has bolted."

For Richard Windsor of Edison Research, the remedy being demanded won't leave a scratch, let alone a flesh wound.

"The EU has completely failed to impose an effective remedy. This is because even if Google stops paying handset makers and mobile operators not to preinstall rival search and browser apps, it will still be able to ensure that its browser and its search app are present on the device and set by default. It is this setting by default that is so critical as even if rival browsers and search apps are present, they are likely to go unnoticed," he wrote on the Radio Free Mobile blog.

"I think that this decision will do nothing to prevent Google’s dominance of Android as it fails to address the central practice that has made Google so successful. Even in the worst-case scenario, Google can pay the fine, make a few adjustments and carry on as normal. Google Android looks set to remain exactly where it is."

You can imagine the conversation at the Chocolate Factory HQ.

"But doesn't Europe just shut down for a whole month in August?"