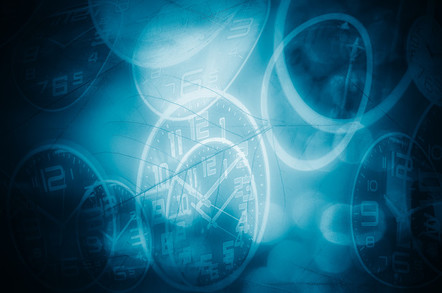 Microsoft Windows Server 2019, coming later this year, will include UTC-compliant leap second support, both for added and subtracted time. But there will be no smearing.

Since 1972, leap seconds have been added to Coordinated Universal Time (UTC) to compensate for divergence with mean solar time (UT1) – which slows with the Earth's rotation – and International Atomic Time (TAI) – an average of atomic clocks that's presently 37 seconds ahead of UTC. Leap seconds serve to keep the gap between UTC and UT1 at less than 0.9 seconds.

There's never been a leap second subtracted – when a clock would go from 23:59:58 to 00:00:00, dropping 23:59:59 entirely. But Microsoft has included support for negative leap seconds just in case. (This seems like the sort of obscure capability that could form the basis for an interesting financial market hack.)

In a blog post, Dan Cuomo, a member of the Windows Core Networking team, suggests the time handling refinements follow from regulations in the US (FINRA) and the EU (ESMA/MiFIDII) that demand accuracy within 100 microseconds.

According to Cuomo, leap second smearing has an error of about ±0.5 seconds with respect to UTC, which falls short of modern regulatory demands. So it's not supported in Windows Server 2019.

NTP, explains Cuomo, remains the default time synchronization mechanism in Windows, but it has a shortcoming, namely dealing round-trip delays (latency) in an asymmetric network.

In furtherance of timing accuracy in Windows Server 2019, Software Timestamping adds timestamps to timing packets before and after they're processed by Windows networking components, because these components can add delays of anywhere from 30 to 200 microseconds. Armed with this information, corrections can be made.

Then there's Clock Source Stability, a way of improving the accuracy of the system clock over time. For Windows Server 2019, that involves taking multiple time samples, deleting the outliers, and "disciplining the clock" to maintain closer sync with the time server.

And to ensure traceability, Windows Server 2019 supports additional log events that allow admins to delve into whether system clocks were altered, whether the clock frequency was modified, and whether the Windows Time service configuration was changed.