Stop me if you've heard this one before 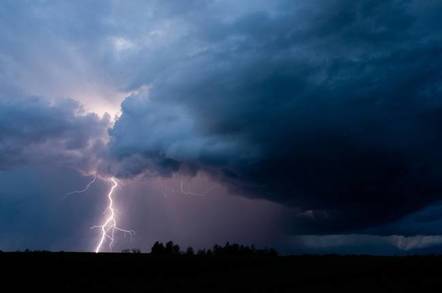 There are rumblings that Azure is having capacity issues once again, with customers in the UK South region reporting problems getting new VMs provisioned.

One Register reader got in touch after attempting to add a new VM in the UK South region and receiving this message from Microsoft's Capacity Management Team: "Unfortunately, due to high demand for virtual machines in this region, we are not able to approve your quota request at this time."

In case there was any doubt as to what the problem was, the message went on: "To ensure that all customers can access the services they need, we are working through approving quota requests as we bring additional capacity online."

According to the update, the capacity constraints apply to the A, BS, Dv2, DSv2, Dv3 and DSv3 series machines in the UK South region. A-series VMs are typically used for development and testing, B-series are similiar, but are geared to short bursts of high CPU utilisation. The D-series are heftier beasts, aimed at running enterprise applications. The 'S' moniker indicates support for SSDs.

Microsoft introduced the Dv3 VM sizes last July, with the cloudy machines featuring up to 64vCPUs and 256GiB RAM. Assuming you can actually provision the things.

A Microsoft spokesperson confirmed to El Reg that there was indeed an issue. "There's huge demand for our cloud services and our teams are working directly with customers to provide a range of options including alternate virtual machines in UK South and UK West."

The capacity calamity returned to the UK South and UK West regions once again last November, as users found themselves unable to provision new VMs. Microsoft hurriedly wrote some cheques to shovel more rack-space into the cloud.

The timing of this week's issue is unfortunate. Microsoft is using its Inspire conference to urge its partners to be more cloudy and trumpeting new partnerships with the likes of Walmart that will allow the retail colossus to "capitalize on depth and breadth of Microsoft's compute capacity".

For UK region users at least, that "depth and breadth" sometimes feels more like a toddler's paddling pool. ®