Stuck on the ground awaiting a load sheet? Here's why 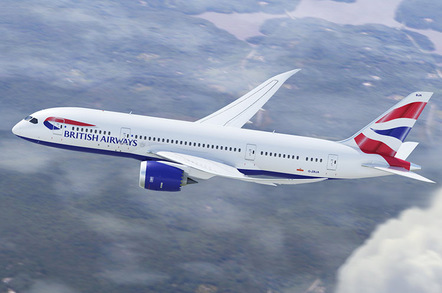 Exclusive The British Airways IT system failure that caused the grounding of flights around the world yesterday was caused by an outage at third-party travel tech supplier Amadeus.

Load sheets contain vital flight safety information including the aircraft's load and its trim, or centre of gravity. If pilots do not know how heavy their aircraft is or where its point of balance is, they cannot safely take off.

An Amadeus spokesman told The Register this morning:

We apologise unreservedly to our customers and their passengers for this disruption. As a result of an issue with a recent configuration implementation load to our network environment, some of our customers could not access part of our reservations and Altéa Departure Control related applications. A full investigation into the root cause of the incident will now take place.

Amadeus added that all services were recovered by 1859 UTC yesterday.

The vast majority of customers affected by yesterday’s supplier IT system issue and the temporary closure of Heathrow Airport's air traffic control tower, are now on route to their destinations.

The supplier, Amadeus, resolved their system issue last night, and our schedule is now operating as normal. We apologise to our customers for the disruption.

National Air Traffic Services, the UK’s privatised air traffic control service, confirmed to El Reg that a fire alarm had gone off in the Heathrow control tower yesterday, causing the brief closure of the UK’s busiest airport. The alarm was not connected to the outage.

Numerous aggrieved BA passengers hit out at the airline on Twitter over yesterday's problems, with many mentioning that frustrated pilots had told them they were waiting for load sheets before they could proceed.

@British_Airways Stranded in Porto🇵🇹, inside the aircraft, due to a “computer failure” in London🇬🇧. Captain 👨‍✈️ says he doesn’t know how long is it going to take!? 😒

Lost the “load sheet” whatever that is so having to sit here for a further 20 minutes. This is your error announced by your captain so you should compensate every passenger. I couldn’t afford to loss 2 hours today. Gee!!!!

@British_Airways can someone explanation why I was sat on one of your planes in Cape Town last night for nearly 3 hours unable to take off as someone couldn’t fill in a load sheet? Unnaceptable

Load sheets are completed by adding together the number and seat location of all passengers, cargo and fuel on the aircraft and doing some arithmetic to ensure everything is properly positioned within its permitted limits. Automating the process speeds this up considerably – when, that is, the automated systems haven’t gone TITSUP.

Last year an Amadeus network outage smacked airports around the world, while before that Qantas was struck down by a similar booking software failure. ®