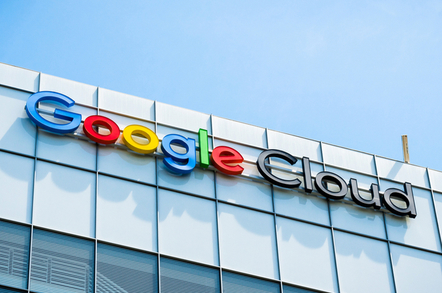 With no mention of Tuesday's Cloud Platform service troubles, Google on Wednesday heralded the arrival of click-to-deploy Kubernetes apps in the Google Cloud Platform Marketplace.

"With GCP Marketplace, you can now easily find prepackaged apps and deploy them onto the cluster of your choice," said Anil Dhawan, product manager, in a blog post, referring to the GCP store for third-party apps previously known as Cloud Launcher.

These click-to-deploy apps run on Kubernetes Engine, Google's hosted version of the open source orchestration software. The benefit of this approach is easier deployment: Fiddling with the K8s command line is not for the faint of heart. Also, Kubernetes Engine offers vulnerability scanning, not to mention maintenance and support through partner agreements.

The platform enhancement accompanied a note from Google VP of engineering Ben Treynor Sloss thanking a GCP customer for candid (a euphemism for "critical") comments about GCP's sudden and unexpected suspension of service.

The June 29 post, titled "Why you should not use Google Cloud," describes how Google's automated systems flagged the customer's account for suspicious activity and shut down services on the basis of artificial rather than actual intelligence.

The unidentified author chided Google for its reliance on automation. "You need a human element here – one that cannot be replaced by any amount of code/AI," the individual wrote. "You just can’t turn things off and then ask for an explanation."

Google can and it did. But Sloss suggested the search, ads, apps and cloud biz has taken the criticism to heart and revised how it operates.

"These changes are intended to provide peace of mind and a predictable, positive experience for our GCP customers, while continuing to permit appropriate suspension and removal actions for the inevitable bad actors and fraud which are a part of operating a public cloud service," he explained.

Going forward, established, policy-compliant GCP customers operating under offline billing will no longer be subject to fraud-based automatic account suspension. Those using online billing will be notified and have five days to fix flagged issues to avoid suspension.

Other customers condemned by bots as fraudsters will get a second human review before account suspension.

In addition, Sloss promised there will be changes to who has the authority to suspend accounts and further training among customer service personnel.

What's more, by September, GCP plans to roll out 24X7 chat support for customers who receive account notices, to ensure GCP personnel can be reached. And Google is correcting a rather unfortunate typo: The notification email sent to customers with suspended accounts, which warns "we will delete your account in 3 days," is supposed to say 30 days, per Google's fraud suspension policy.

Finally, GCP's project suspension guidelines will be clarified and greater efforts will be made to encourage customers to provide contact info.

"Our work here is never done and we will continue to update and optimize based on your feedback," said Sloss. "We sincerely apologize to all our customers who’ve been concerned or had to go through a service reinstatement."

Expect to hear more about such things next week with the advent of Google Cloud Next '18 in San Francisco, California. ®