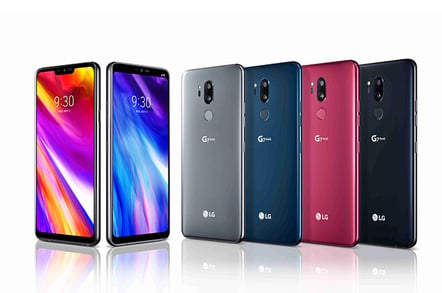 Review Samsung's giant rival for 50 years, LG, has gone toe-to-toe with the bigger chaebol throughout the smartphone era. Three years ago, LG was firing all cylinders. Its 2014 flagship had introduced the first QHD+ panel; and its successor offered great design (custom leatherbacks) while retaining the removable battery Samsung discarded as it tried to emulate the clean glass lines of the iPhone.

The G4 was lush and feature rich and had character.

But then came the great modular disaster. The G5 was an unnecessary attempt at differentiation by doing something wacky, turning the body of the phone into an expansion slot. Even with LG’s resources, the slots didn’t appear, and you were left with an unnecessarily cumbersome design. It proved to be a colossal flop. 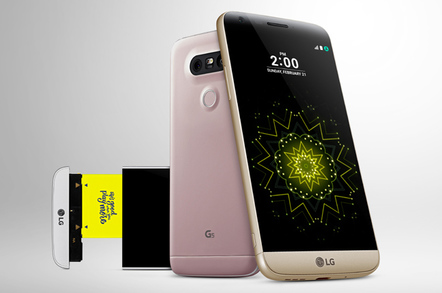 The respectable G6 tried to mend the damage but was a bland design, and within weeks was selling at under £400, far short of the £650 RRP. So last year LG shrank from the UK high street, focusing on the US, where it maintained a higher profile. The LGs we wanted to examine, such as the V series, which targeted audiophiles, weren’t even released here.

And "bland" was what I thought at first glance – here is yet another 2018 phone with a glass back, dual camera, a notch – indistinguishable from many rivals across a room. I’d expected to find LG on autopilot, like HTC. The story is quite different, however.

LG has priced the G7 ThinkQ very keenly against the OnePlus 6, performing well round for round. Let's see how it fares. 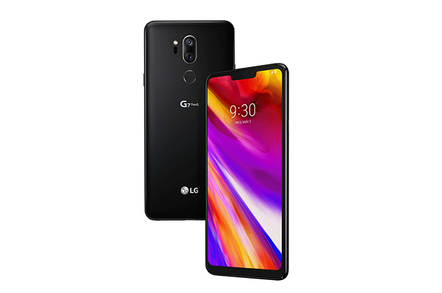 The G7 is a phone that impresses with what it does rather than seducing with looks. What it does is pro audio sound, wide angle photos, and a neat trick that uses the body as a resonance chamber for amplifying audio. Much more on these three features to follow.

Another byproduct of this chamber is that the G7 ThinQ's vibrations are rich and subtle – as good or better than anything on the market. OnePlus phones are at the other extreme: with a wet, twanging ruler-on-the-desk-to-annoy-teacher where a proper vibration motor should be.

It’s a comfortable, but almost generic take on the 2018 smartphone, with a glass back and rear fingerprint sensor. Like many of this year’s flagships it minimises the bezels, opting for a taller, narrower design, taking the screen body ratio over 80 per cent. Extrapolating the size of the phone from the screen diagonal – something we've done for almost a decade – is now a spurious exercise. The G7 is actually a 6.1-inch diagonal display in what would have been a 5.5-incher a couple of years ago.

What results is certainly compact and light, and a big improvement on the blandness of the G6. But it’s also a long way from the curved bodies and stitched leather backs of yore.

So... moving swiftly to the performance.

The V-series’ audio capabilities are finally unleashed here, and there’s a lot to get through. An enlarged space inside the phone allows for much larger resonance chamber, giving a much beefier sound. There’s a real 32bit DAC (Digital to Audio converter), and support for HiRes audio. (The MQA or Master Quality Authenticated codec is supported.) And so is DTS:X 7:1 surround sound – a rival to Dolby Atmos well supported in recent consumer AV hardware, hence the “3D” tag. 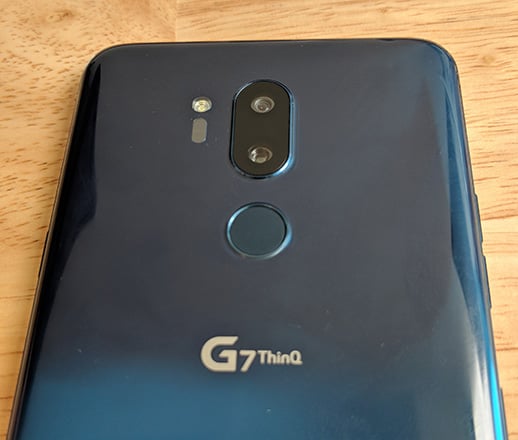 Like many smartphones this year, the G7 adores fluff, and is a smudge magnet 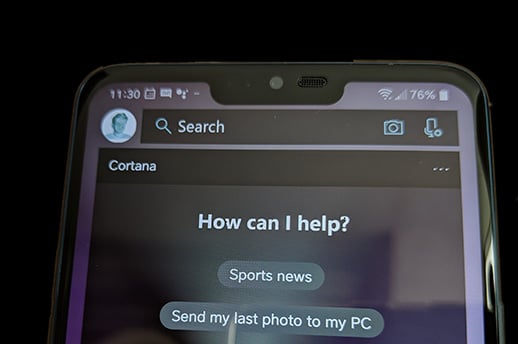 The Notch – which LG calls a "Second Screen" – isn't too obtrusive and can be turned off. More below.

Given the audiophile billing, it’s a little underwhelming to pipe music through the speaker from the first time and discover... it’s pretty much like any other phone. Notifications don't have that satisfying thump Google gives the Pixel 2. For the superior audio you'll need accessories, and in the case of HiRes audio, decent accessories.

I found the difference depends on circumstances – but even with budget (£50) earphones you should hear the difference. But I do appreciate someone is still thinking of audiophiles in 2018, rather than, say, food Instagrammers.

The G7 also has a really neat lo-fi trick: using the body of the phone as a resonance chamber. This means it will make use of a surface to beef up the sound even more. I used it on an upturned dustbin in the garden, and was very pleased with the result. My neighbours, less so. It also made a difference to the audible quality of radio played in the kitchen – just about enough, most of the time, not to require an external speaker.

Calls sounded very good on the inbuilt speaker, and it picked up Voice over Wi-Fi and VoLTE services without problem, where available. 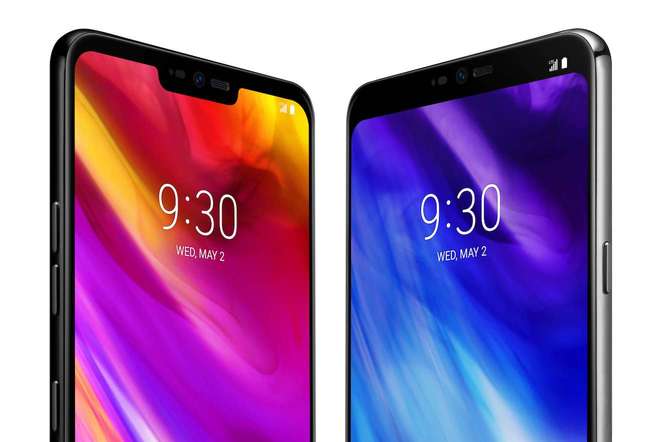 Last year LG jumped the gun a bit, letting its decades-long rivalry with Samsung get the better of it. The G6 appeared early with the Snapdragon 821 processor rather than the 835 which was available in volume a few weeks later. This time it’s in lock-step with everyone else at the top tier.

As we’ve come to expect from LG, one of the world's leading display panel makers, the screen is a knockout. Here is another offering with far more pixels than you need: the default resolution is the maximum (1440 x 3120) or 564 ppi density. In fact you can dial this back to 1080 x 2340, as I did, without really losing anything, to gain some battery time.

It was by some distance the brightest display I’ve used this season: this one really goes up to 11 on the amp, or 1,000 NITS, for bursts of three minutes. That’s a lot of nits.

In the never-ending heatwave of 2018 (we are in London), it coped far better than any other phone. The rival Samsung S9 is bright, but nothing like as legible as this beast. The secret is the addition of white pixels to the conventional RGB grid, something Sony and Huawei have incorporated in some models. It has great viewing angles, and colour reproduction.

Some buyers now insist on OLED displays, but there's so many merits to this that LG's choice here is thoroughly justified.

The G7 display is yet another optional-notch model, although oddly, the marketing term "Second Screen" is recycled here. Call me a stickler, but when you say a phone has a Second Screen it should mean it has a second screen, or at least a dedicated portion of a display. That's what the V20 had – a portion above the notification area and you could stick useful shortcuts there. Here, "Second Screen" just means the "ears" around the notch. Hmm.

It's worth noting that the notch doesn't encroach on fullscreen videos.

The G7 includes a dedicated key for the Google Assistant, allowing it to be used in walkie talkie mode, like Samsung's Bixby. This makes an assistant much more useful than the wake word method, as you can pause for thought.

At 3000mAh, the battery has a smaller capacity than the 3300mAh pack found in last year’s G6, but to my surprise it worked out well. I’d rate it alongside the Samsung S9, good for a day, but probably not a long intensive day. This didn’t concern me so much as it’s one of the few phones this season to have Qi wireless charging support – which LG has championed for years. Purely on battery life I found the G7's main rival at this price point the OnePlus 6 wins, as it makes exceptionally good use of its 3300mAh pack.

Nothing new in speech but then that wasn't the point