What's in a name? For Cambridge Analytica, about a quid apparently 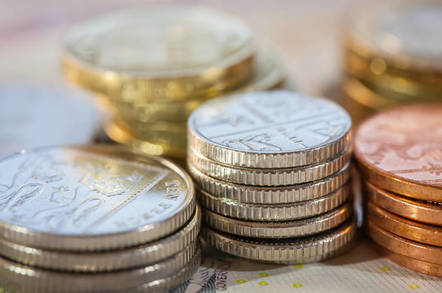 Administrators dealing with the group of firms affiliated with Cambridge Analytica were offered a pound for the now infamous brand – but didn't accept.

Cambridge Analytica was one of five firms placed into administration amid the fallout from the Facebook data harvesting scandal.

The firms – Cambridge Analytica, SCL Elections, SCL Group, SCL Commercial, SCL Social and SCL Analytics – were all too heavily associated with the furore surrounding an app that sucked up information on 87 million Facebook users to continue operating. Similarly, Cambridge Analytica US and SCL US both filed for bankruptcy.

The resulting bad publicity and brand damage caused clients to withdraw business, withhold or contest payments, and even demand the return of funds paid – eventually leading the firms to cease operations in May.

Filings from the administrators lodged at Companies House, published this week, show that SCL Group and SCL Analytics were both holding companies, while Cambridge Analytica was a dormant company. None undertook trading activity.

SCL Elections owed the most to creditors – some £8.58m – including £6.34m to Emerdata, the company set up last year to act as the ultimate parent company of the various SCL firms and CA.

Other sizeable sums included £214,929 to TubeMogul, an enterprise software company for brand advertising; £24,000 to Acxiom; and £27,773 to LinkedIn Ireland.

The administrators said that the initial plan was to try and sell off the firm, sending an "email taster" to about 18,000 prospective buyers, along with marketing pushes on social media. Sales details were sent out to 13 parties and four offers were received.

These included two offers for the name "Cambridge Analytica" – for £1 and £300 – along with an offer of £1 for the business and its intellectual property rights. The most it was offered was £15,000 for its assets. None were accepted.

As a result, the administrators said they had to terminate the employment of staffers who had been kept on the books until then – SCL Elections having pledged earlier this year that it would meet its obligations to employees.

The administrators said that the process had been made more difficult due to the investigation by the Information Commissioner's Office, in which large amounts of IT equipment, including servers, laptops and data, were seized.

Not only did this make it hard for valuations to be carried out, the filing said, it also prevented administrators getting access to financial information stored on the servers.

In particular, the filing noted that the firm was in the process of moving its accounting software from SAGE to NetSuite when the raid took place, and some of the seized file servers had financial transaction reports and information that hadn't yet been transferred to the cloud.

The absence of file servers "has contributed to the difficulties encountered... in ascertaining credible financial information of the company", the administrators said.

Elsewhere, the administrators said some of the laptops that had been returned by the ICO had subsequently been "stolen" from the premises – these were estimated at a value of £2,500.

In total, the filing valued the furniture and IT equipment of SCL Elections at £49,400 – but noted that some of this kit hadn't yet been returned by the ICO. The admin report also pointed to enforcement orders from other agencies that prevented the sale of laptops, servers and data.

The filing also revealed the administrators had received a "significant number" of subject access requests – which allow people to ask companies for the data held on them – but that it was writing back to each advising that because they are not a data controller they were unable to provide the information requested. ®