It does cloud, it does AI, it does analytics - how many more boxes d'ya wanna tick? 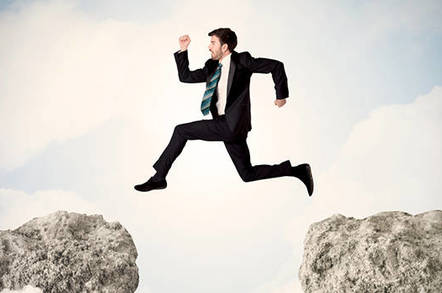 The CRM firm today announced that it will acquire the firm, which offers a cloud-based marketing intelligence and analytics platform.

The terms of the deal were not disclosed, but Reuters said estimates in Israeli media were in the region of $800m.

Datorama, which was founded in 2012, has received $50m in funding to date, with its most recent Series C round – led by Lightspeed Ventures – bringing in $32m, according to Crunchbase.

The firms said the acquisition would see Datorama’s kit added on to Salesforce’s marketing cloud to expand data integration and intelligence, pushing “one unified view of data and insights” to help companies make business decisions.

Datorama has more than 3,000 customers, including big names such as PepsiCo, Trivago, Unilever and Ticketmaster, and the firm’s CEO Ran Sarig promised them benefits.

“For Datorama customers, today’s announcement means more of what you love and have come to expect from Datorama. We will move with greater speed and support,“ he said in a blog.

The move is the latest in a line of announcements that has seen Salesforce stick more analytics in its products in a bid to woo customers, including integration with Google Analytics 360 and its Einstein service that was built following its 2016 year of binge AI-related acquisitions.

However, the price tag is significantly less than its most recent deal, which was a cool $6.5bn for API software biz Mulesoft. ®