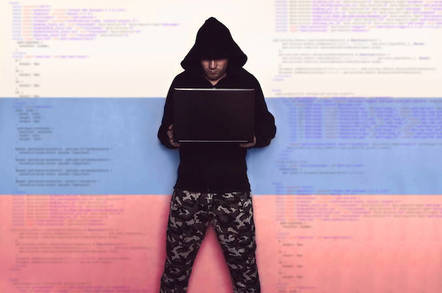 Researchers have claimed the infamous APT28 Kremlin-linked hacking group was behind a new cyber-espionage campaign they believe was targeted at the Italian military.

The multi-stage campaign features an initial dropper malware, written in Delphi, and a new version of the X-agent backdoor, a strain of malicious code previously linked to APT28.

One malicious library (dll) file associated with the campaign phones home to a command-and-control server with the name “marina-info.net”. This is a reference to the Italian Military corp, Marina Militare, according to the researchers.

"The dll that connect[s] to 'marina-info.net' might be the last stage-malware that is triggered only when particular conditions occur, for example when the malware infects a system with an IP address belonging to specific ranges," claimed to the researchers.

Researchers from Z-Lab worked with independent researcher Drunk Binary (@DrunkBinary) on malware samples spotted in the wild and uploaded them to VirusTotal as they put together their analysis.

Further details on the malware samples analysed by CSE Cybsec, including the indications of compromise, are available in a report published by researchers at ZLAb here (pdf).

The APT28 hacking crew has been active since at least 2007, since when it has targeted governments, militaries, and other organisations worldwide.

The group - identified by Western intel agencies as a unit of Russian military intelligence, the GRU - has also been alleged to be behind attacks on the German Bundestag, French TV station TV5Monde and (most notoriously) a hack and leak campaign that targeted the US Democrats during the 2016 US presidential election.

More recently, in the second half of 2017, the group turned their attention away from NATO countries and Ukraine with attacks against countries included China, Mongolia, South Korea and Malaysia.

Researchers from Palo Alto Networks spotted attacks against the various Asian countries that made use of the SPLM and the Zebrocy tools previously linked to the group.

A dozen individuals who are alleged to be GRU intelligence operatives were indicted last week over a string of attacks that targeted 2016 US Presidential election. ®