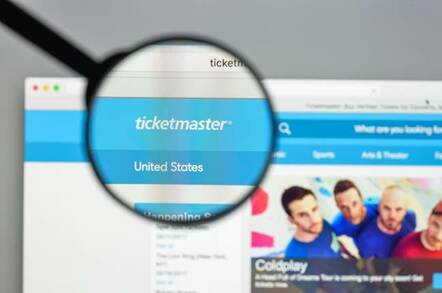 The Ticketmaster breach was not a one-off, but part of a massive digital credit card-siphoning campaign.

Malicious scripts injected into ecommerce websites can record the credit card data that customers enter into online payment forms before uploading the data to a server controlled by crooks.

Magecart is well-known to RiskIQ, which has tracked its activities since 2015. The group's credit card swiping attacks have continuously ramped up in frequency, sophistication, and impact, according to the threat intel firm.

RiskIQ researchers found that other suppliers, including web analytics provider PushAssist, CMS Clarity Connect, Annex Cloud, and likely many others, were also compromised by Magecart.

RiskIQ is tracking a highly-targeted Magecart campaign dubbed SERVERSIDE, which has used access to these third-party components to target victims including some of the world's largest online brands.

"While Ticketmaster received the publicity and attention, the Magecart problem extends well beyond Ticketmaster," said Yonathan Klijnsma, a threat researcher at RiskIQ. "We believe it's cause for far greater concern—Magecart is bigger than any other credit card breach to date and isn’t stopping any day soon.”

Many publicly reported breaches are wrongly interpreted as individual events but are in reality part of the SERVERSIDE campaign.

According to Ticketmaster’s official statement, the security breach affected Ticketmaster International, Ticketmaster UK, GETMEIN! and TicketWeb from February 2018 until 23 June 2018. RiskIQ researchers found evidence the card slurper was active on additional Ticketmaster websites including Ireland, Turkey, and New Zealand as early as December 2017.

RiskIQ researchers also found that the Command and Control server used in the Ticketmaster attack has been active since December 2016.

More details of RiskIQ's latest research into the Magecart hacking crew - together with indications of compromise - can be found in a blog post here.

Andrew Bushby, UK director at Fidelis Cybersecurity, commented: “This research not only shows that the Ticketmaster breach is much worse than we first thought, but it also exposes the very real security issue with third-party suppliers. Many organisations often learn of a breach through a third-party, or by other organisations that have been hit. It is therefore critical that companies have a better understanding of when sensitive data is leaving the enterprise – or else threat actors such as Magecart will wreak havoc on the network and endpoints." ®

Analysis Suddenly, corps in a rush to fess up to e-break-ins