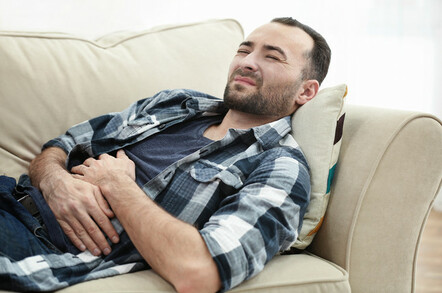 The integration of HPE Software into Micro Focus is running a year behind schedule due to a clash of sales cultures and setting up new IT systems. But at least the rate of falling revenues has slowed.

Micro Focus has "completed and integrated" 17 buys in the past decade, including Attachmate in 2014, which it described as "transformational" because its assets were equivalent to more than twice the size of the existing Micro Focus business.

Similarly, the "HPE Software integration has involved additional complexities, largely because this was a carve-out transaction, as opposed to the acquisition of a business that has been operating independently," said Murdock.

"The HPE Software business was a small division that did not move HPE's overall performance and was guided by the parent company's strategy and financial goals and as a result often invested in projects to support the hardware-centric HPE business at a group level," the CEO added.

He said a "clarity of purpose, alignment of objectives" and applying Micro Focus's business model were needed to roll out a single "corporate culture" across the business.

"There have been significant integration issues in combining cultures as our people adapt to this more dynamic environment where execution is expected to be faster, operations simpler and people more accountable," said Murdoch.

This was "compounded" by the "complexities of standing up" a new set of IT systems. Micro Focus was updating its own systems but decided to use one inherited from HPE Software across the whole organisation. That system, FAST, went live in mid-November and was dogged by "material and ongoing issues" – though it is now more "stable", the exec assured.

Murdoch said all core business processes can be "executed end to end", but "accomplishing this still requires manual workarounds and as such operational effectiveness and agility are compromised". Doesn't sound very end to end to us at The Reg. He said the resulting backlog of customers and partners invoices is still being "worked through".

Loosemore – one-time boss of reseller Morse, which was bought by fallen giant 2e2 – said that due to these "initial challenges", the integration of HPE Software assets was "running approximately one year behind our original schedule".

Operational difficulties fed into the financial results for Micro Focus's half-year ended 30 April 2018 with sales down 8 per cent year-on-year to $1.974bn. Nearly all of the revenue lines were down with the exception of subscription and SaaS.

The top line number included an $182.9m contribution in sales from SUSE, which Micro Focus is offloading to a private equity biz for $2.53bn, and was 17.2 per cent higher than a year earlier.