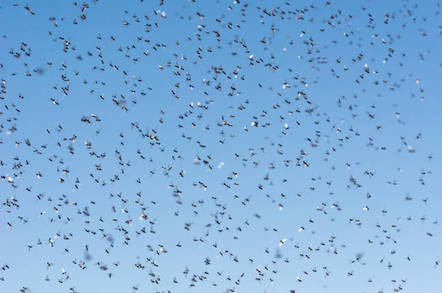 IT admins face a busy week ahead as Microsoft, Intel, and Adobe have issued bundles of scheduled security fixes addressing more than 150 CVE-listed vulnerabilities.

Surprise, surprise, Microsoft has a ton of browser fixes

For Redmond, the July Patch Tuesday will bring fixes for 53 individual bugs, 25 of those allowing for remote code execution attacks.

This includes the usual array of Edge and Internet Explorer memory corruption flaws that could allow an attacker to place exploits within a web page and use them to take over a system with the current user's rights.

Outside of the 25 remote code execution flaws, ZDI researcher Dustin Childs says admins will want to pay special attention to CVE-2018-8319, a security bypass flaw in the MSR JavaScript Cryptography Library, CVE-2018-8304, a denial of service in the Windows DNSAPI, and CVE-2018-8310, a tampering vulnerability in the way Outlook handles attachments in HTML emails, clearing the way for additional attacks via malicious fonts.

"An attacker exploiting this vulnerability could embed untrusted TrueType fonts into an email," Childs explained. "Bugs in fonts have been popular since 2013 and have been used in malware attacks in the past. This bug could allow them to spread and possibly even bypass traditional filters."

The first edition of Intel's new quarterly security update program also arrived on Tuesday, with Chipzilla patching a dozen holes in its platforms.

In addition to the new Spectre side-channel variant described in detail here, the Intel update includes a fix for CVE-2017-5704, a flaw that could allow attacker with local access to pull the BIOS or AMT passwords out of memory.

Other advisories from Chipzilla include:

This month, Adobe somehow managed to find itself plugging nearly twice as many security holes as Microsoft.

Most of the fixes came in the form of a monster patch for Reader and Acrobat that cover 104 CVE-listed vulnerabilities. Adobe says the bugs are all rated either 'critical' or 'important' and include both remote code execution and information disclosure flaws that would be exploited via malicious PDF files.

Flash Player is getting an update for two flaws, one allowing remote code execution and another information disclosure. Three more flaws were spotted and squashed in Adobe Connect allowing for authentication bypass, while three server side request forgery bugs were patched in the Adobe Experience Manager. ®