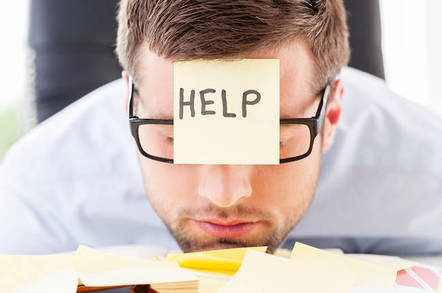 Fujitsu has launched a fast-track blockchain consultancy service for companies to see whether their distributed ledger plans are pie in the sky or might actually be of some commercial benefit.

The Japanese giant claims its scheme, in which concept prices start at €9,900, will propose to customers a minimum viable product in five days.

The assesment involves Fujitsu and the customer jointly beavering away on ideas based on blockchain or other distributed ledger technologies to figure out if the tech can actually improve biz processes.

This "proof of business" approach is in contrast to the "proof of concept", which Chris Pilling, business development and lead architect at Fujitsu's Blockchain Innovation Centre (BIC), said was one of the most common mistakes customers made.

"They set off in the wrong direction by focusing on the technology. They spend time and money on seeing if the technology works," he told The Reg. "We're pushing the proof of business so we work with customers to ask what the business case is."

Gartner claimed in its 2018 CIO Survey that just 1 per cent of those polled had signed off on full-blown blockchain-related projects, 8 per cent were dipping their toe in the water and 77 per cent had no interest whatsoever.

It is important, the analyst added, that customers consider what the tech is capable of today versus what results it might yield in the future. A lack of skills or proper planning could also result in some customers dismissing schemes before they get off the ground.

Fujitsu is pitching the "framework" as a way to help customers avoid the "common pitfalls" of blockchain projects. Another example, it cited, was using blockchain as a database.

"Customers also look at it from the point of having existing processes that they don't want to touch or break, and [then trying to] push them into a blockchain concept," Pilling said. "It's completely the other way around. They need to start with a blank piece of paper."

Organisations that plan to use the technology in-house, or are considering building a smart contract that will only be used a small number of times, could probably find a better way of solving their problems, Fujitsu admitted.

The vendor is, it told us, very keen to avoid the impression that it is cynically jumping on the unstoppable blockchain hype wagon with a new kind of consulting project.

"Blockchain isn't a trend or a fad," said Pilling.

He pointed out that Fujitsu was a founding member of Hyperledger, and develops lots of code on the core Hyperledger Fabric project.

Fujitsu's process was developed by Frederik de Breuck, the head of the BIC, who said it was a "ready-to-go package" that would jump-start customers' blockchain projects.

It's aimed at businesses that lack the resources – whether that's time, money or skills – to carry out their own development work, rather than those who are already using blockchain.

Pilling said a separate version that would allow customers to analyse existing use cases in a deeper way was coming soon.

The five days will start with basic intro sessions to blockchain, and prsumably the lighting of some josticks, after which Fujitsu will work with the customer to define the problem, analyse it and then derive a use case.

Then Fujitsu's team spends the next three days developing a prototype for the customer and considering web applications, integrations and platforming.

On day five, the creation is presented to the customer, along with some analysis/ modelling of how it met the business's need. From there, Fujitsu hopes the customer will find more cash to move the project on to a bigger programme – but Pilling acknowledged not all customers will do this.

"It would be great to say, yes, we've met the proof of business and they want to go to get the global blockchain team involved... [but] we allow the customer to go away and play with the prototype," he said.

"If for whatever reason they can't progress it now, they can keep the prototype, learn from it, bend it, break it."

Customers will, however, be asked to sign up to a licence that dictates what they can and can't do with the prototype – ie, it will likely have to be kept in house and taking it to a rival will flout the Ts&Cs.

Pilling maintained that even if the customer decides blockchain isn't the best route forward, it will still have been money worth spending as they will have gained confirmation in a short period of time.

"There's as much value having that certainty that it's not the thing they need at the moment," he said.