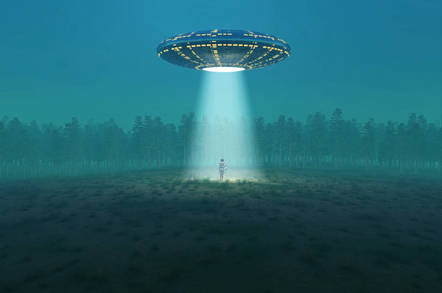 AT&T has agreed to acquire security intel specialist AlienVault for an unspecified pile of cash.

The two companies announced the deal on Tuesday, saying that AlienVault would join AT&T Business as part of its enterprise and SMB security services. Specifically, the telco giant says that after the deal wraps up it will offer AlienVault's Unified Security Management (USM) service to AT&T Business subscribers.

A threat intelligence specialist, AlienVault allows admins to track and monitor possible malware infections and attacks on their networks. AT&T said after the deal closes it will also continue to support Open Threat Exchange, AlienVault's public service for tracking malware threats and attacks in the wild.

"Together, with our enterprise-grade detection, response and remediation capabilities, we’re providing scalable, intelligent, affordable security for business customers of all sizes."

AlienVault, meanwhile, says it will use the cash infusion from the acquisition to expand its business under the AT&T banner.

"This deal accelerates our ability to deliver on the AlienVault mission, which is to democratize threat detection and response to companies of all sizes."

The deal is expected to close by the end of September. While AT&T isn't giving the dollar amount it is paying for AlienVault, the telco says the bill is not enough money to have an effect on its bottom line.

The deal comes as AT&T is looking to revamp a business services group that saw revenues decline by 5 per cent last quarter as more customers are moving off of its legacy wireline services. To help make up for this, AT&T is stepping up its wireless and business services.

This where AlienVault comes in, giving the company another IT service to offer customers and luring them towards adopting the larger, more profitable packages. ®

BT and EE, O2 and Three: Are we in for a year of Euro telco mega-mergers?

Analysis Not if Brussels can help it