Did you know? The word 'Taiwan' would crash iOS thanks to a buggy filter for the Chinese govt 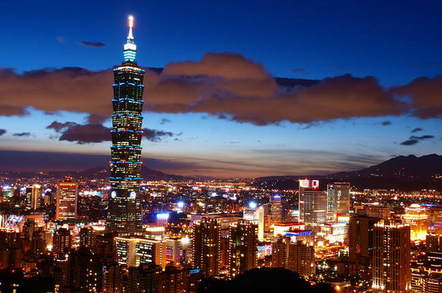 Apple's attempt to filter out text on its iPhones to appease the Chinese government would crash iOS – and now that bug, or feature, has been fixed.

Infosec whizkid Patrick Wardle revealed today that CVE-2018-4290, a denial of service flaw in iOS 11.3 and earlier, was in fact a programming blunder Apple introduced when it attempted to filter the Taiwanese flag and word "Taiwan" from China-based iPhones.

In other words, iOS handhelds in China should filter out these banned terms, but instead crashed when encountering them – and this oversight even affected devices outside the Middle Kingdom. Talk about having your hand caught in the Cook-ie jar.

Wardle explained how, due to a NULL pointer cockup, some iPhones that had set the US as their default country would crash when receiving the flag or word as part of a text message, or when typing it. Eventually, the researcher was able to figure out that the bug was caused by iOS mishandling how it applied a filter based on location.

The filter, apparently, was to block the flag and name of Taiwan from users in the heavily-censored mainland China. Unfortunately, because of some sloppy coding, it managed to cause crashes on some devices in the US (Wardle notes the bug relies on a region-specific setup that includes a Chinese language setting).

"Does Apple really add code to iOS to appease the Chinese government? Of course!" Wardle wrote. "And when that code is buggy, their users suffer."

It's no secret that Apple has agreed to a number of concessions in order to do business in China. In addition to agreeing to filter out Taiwan, Apple has had to take other measures, including purging VPN apps from the Chinese App Store, in order to fall in line with Beijing's censorship policies.

Apple, who did not return a request for comment on Wardle's comments, has in the past defended its concessions to the Chinese government as part of a back-and-forth that will allow it to bring art and culture to the mainland.

"We believe that our presence in China helps promote greater openness and facilitates the free flow of ideas and information," Apple's VP for public policy Cynthia Hogan told US Congress last year.

"Our products and services offer our customers opportunities to communicate in many forms, including through personal communications services, podcasts, photos, and millions of apps."

It should be noted that sales in China contributed $13bn to Apple's coffers last quarter. The filter's crashing bug was corrected in iOS 11.4.1 out this week. ®