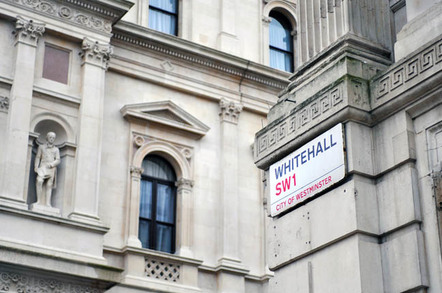 At an event discussing GDS – Whitehall's experiment in putting tech at the centre of government – in London yesterday, panelists had to admit the service had lost its mojo and was struggling to effect the reforms it had once promised.

Founding leader Mike Bracken, who has since gone on a global tour to help other governments copy the GDS model, was (of course) happy to point to achievements under his watch, but declined to praise the current setup.

"In a global sense, the movement [of digital services in government] has been a success. I think in the UK... we'd have to talk about that," he said.

A similarly flat answer came from Ian Watmore, former first civil service commissioner who helped set up GDS in 2010, who said that the creation of the service had been the "third phase" of digital government.

But since its heyday the minister responsible for setting up GDS, Francis Maude, left government, a long-time civil servant was picked to head up the service, the digital old guard left in their droves and other departments picked off juicy bits from its remits.

Acknowledging that the wind has gone out of GDS's sails, Watmore said that GDS now had to move into its fourth phase. "It needs new momentum," he said.

While Watmore suggested it could be Matt Hancock to breathe this fresh life into GDS, Martha Lane Fox, who wrote the report that effectively acted as the blueprint for GDS, expressed slightly less faith in the minister of fun.

"I feel a total lack of deep digital ambition in this country," she said, adding that "with all respect" for the "enthusiastic digital economy minister" there was "an absence of really deep thinking about how we, as the UK, are going to transform ourselves."

Broadly, the trio sounded quite dejected about apparent missed opportunities, but avoided blaming the service or its current leadership – aside from Bracken's barb that Verify had been "sabotaged".

Although Watmore said in his opening remarks that the service had "never really cracked that dichotomy between doing things online and big old fashioned transaction processing systems", the finger wasn't pointed at the government's creaking systems, but at its crusty leadership model.

"The problem isn't just the legacy technology," Bracken said. "It's about the power structure around it."

For instance, the fact the much-touted Government-as-a-Platform had failed to take off was not because the theory was wrong, but because the structure and culture of Whitehall didn't fit the digital ethos.

"The analogue mechanism of Whitehall is not fit for a digital world," said Bracken. "The culture of propriety and in departments is quite phenomenal."

The pushback, he said, was the operational model that embeds a leadership culture that puts personal power ahead of service delivery and users; effectively arguing that GDS was hamstrung without support from outside.

"Politicians need to tackle this – it needs political nous. We're going to have to get some political grip," Bracken said – a view that was echoed in the familiar lament from Watmore that Francis Maude was the first to give digital "ministerial drive" without it necessarily being in his brief.

But it was the Treasury for which Bracken reserved most of his disdain, describing his experience of working with the department thus:

"Despite all the achievements of GDS, when an extremely senior person in the Treasury deigns to visit, and says [poshing this next bit up] 'What are you lot for?' and you say, 'Well, we've just saved you £4m, maybe that's the job that you should be doing'."

Asked if he had any advice for the department, which he described as the "single most toxic culture" GDS had to deal with, he said: "Hire 50 people under 30 who know what an API is." ®