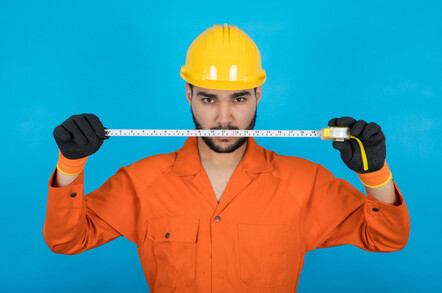 As the US partied and the UK made increasingly desperate “well, we dumped YOU” jokes, the GIMP team celebrated 4 July by emitting a fresh stable build of the arty application with a function aimed at fixing drunken photos.

The latest stable release of GIMP (2.10.4) sees the introduction of the nifty Straighten button as part of the Measure tool, which will automatically rotate an image after the user has measured just how wonky the horizon ended up after a particularly spirited photo session.

Other features in the release include a potential end to staring at a screen during start-up while a seemingly endless parade of fonts load. GIMP now loads the things in a parallel process (the only question is why it took so long for this feature to make an appearance,) along with tagging of fonts and some widgets to show how GIMP is using computer memory. Or leaking, as the case may be.

The new release of the venerable raster graphics editor is available now for Linux fans. Windows users should expect something packaged up in a slightly friendlier way shortly and Mac users will be delighted to learn that GIMP will be making a return on macOS (although right now only as a beta, so expect some stability issues.)

GIMP (General Image Manipulation Program or GNU Image Manipulation Program for Johnny-come-latelies) is licenced under a variant of GNU GPL and is a 22 year veteran of the open source scene. It made its first appearance some six years after Adobe’s PhotoShop and has evolved into a powerful image editor with functionality comparable to its far costlier commercial equivalent.

Featuring layered image editing and a veritable smorgasbord of pixel polishing tools, the free application is a poster child for the open source movement and provides a viable option for those unable or unwilling to shovel money into Adobe’s gaping maw.

While forks of the codebase exist, with notable applications such as CinePaint finding themselves a dedicated fanbase, if perhaps a less-than-dedicated development team, GIMP has also suffered from its own share of iffy code outbreaks.

The team took steps to distance themselves from source-shed SourceForge in 2015 when it was reported that SourceForge’s installer put ‘unwanted’ applications on users’ systems during a Windows installation. Naughty, naughty.

The GIMP code repositories are currently hosted by the GNOME Foundation, which completed a migration to GitLab in May. Those who’d rather dive straight into binaries should toddle over to the GIMP’s own download pages and check out the new functions for themselves. ®

It may be poor man's Photoshop, but GIMP casts a Long Shadow with latest update

Open-source pixel botherer cranks it up to version 2.10.6

Something for the Weekend, Sir? Not a euphemism. I really did this