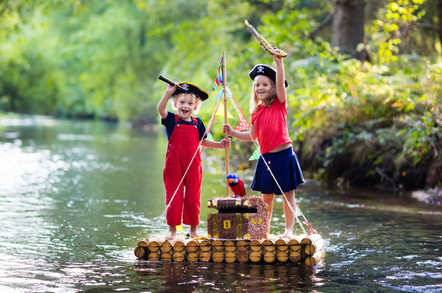 The European Parliament has kicked back a vote on proposed copyright law changes until September to allow tempers to cool and the agreed text to be re-examined.

The decision was forced because 31 MEPs abstained, 318 voted against the European Commission's proposals, and 278 were in favour. Parliamentary rules require a plenary to be held if more than 10 per cent of MEPs (76) indicate they will abstain.

Supporters of the amendments – which included Paul McCartney and the BPI – claimed the process had been impacted by intimidation and lobbying from outside the EU, including from the US and Russia, though both sides had their heavyweight supporters. The detractors included the Mozilla Foundation, Google and Wikipedia, which arguably wouldn't have been affected by any of the changes. The Legal Affairs Committee's (JURI) point man, Axel Voss, told the FT he'd received 60,000 bot-generated emails. Others pointed to tweets from dormant or suspicious accounts.

There's no disguising the setback for the Eurocrats working on the text.

Great success: Your protests have worked! The European Parliament has sent the copyright law back to the drawing board. All MEPs will get to vote on #uploadfilters and the #linktax September 10–13. Now let's keep up the pressure to make sure we #SaveYourInternet! pic.twitter.com/VwqAgH0Xs5

The decision allows the text – which was agreed after months of wrangling by member states, and approved by JURI – to be revised. The wording had been drafted and redrafted for months, giving exemptions to SMEs, Wikipedia and source code repositories.

Rights-holders expressed dismay at the prospect of further changes.

Music rights campaigner David Lowery claimed Google had won by deploying "hybrid warfare". To demonstrate how open the campaign tools are to abuse, Lowery had signed the petition hundreds of times from the USA. No verification or geographical corroboration was required.

Some supporters of the changes put a brave face on over the decision.

What was being proposed?

Four amendments were proposed to the European Copyright Directive, of which two raised strong objections from Google as they affected its business. Changes to Article 11 introduced a new neighbouring right ("the same scope as the rights of reproduction and making available to the public provided for in Directive 2001/29/EC, insofar as digital uses are concerned") similar to that enjoyed by musicians and authors.

Changes to Article 13 obliged platforms that handle user-generated content (UGC) to ensure takedown requests are honoured. This affected Google's YouTube, which enjoys commercial advantages over streaming rivals like Apple and Spotify from the UGC supply chain. In practice, this meant using content ID systems like YouTube's own, and that's where the trouble started. Campaigners argued this would "end memes" and harm free expression, claims the commission disputed.

Activists who asked Europe's privacy chief to give his opinion, hoping that he would declare that Article 13 introduced a "continuous monitoring" obligation, were disappointed – he gave it a fairly clean bill of health (PDF) this week.

"MEPs voted to obstruct a crucial EU Copyright Reform from progressing to the final legislative stage, succumbing to an intense lobby of manipulative anti-copyright campaigners, US internet giants and vested interests who benefit from stealing and monetising publishers' valuable content," the European Publishers Council said in a statement.

Indie music companies – who got the sharp end of the stick in YouTube negotiations and filed a formal competition complaint about YouTube, kicking off the entire Value Gap debate four years ago – were more hopeful.

"The result underlines that although many parliamentarians were satisfied, others were simply not ready to decide. It is like a second reading. This will take place in September," Impala's Helen Smith said in a statement.

Campaign tools used to oppose Article 13 did not require a valid email address or isolate non-EU users. As a result Americans and even Russian bots (we found at least one) hammered MEPs' inboxes in the run up to the vote.

"After having analyzed the platform from which all emails come, I realized that it does not require a valid email address from the 'users' to send emails. Thus, as sometimes we receive dozens of emails per minute, we can conceive that it is actually robots that send all these emails, which luckily makes this movement lose credibility," said MEP Jean-Marie Cavada.

"We received tens of thousands of emails on the copyright directive, almost 40,000 to be exact. This influx of email has even blocked the computer of one of my colleagues. It becomes spamming... We cannot imagine that these emails are grassroots."

The tech giants have created fake copyright /creators organisations They are sending 1,000s of automated emails to MEPs trying to make it look like a grassroots movement. #vote4jurireport @authorsocieties @IMROireland

As well as showing how the anti-Article 13 tools were open to abuse, Lowery claimed to have found strange patterns of behaviour, with thousands of Spaniards all waking up at the same time (05:30) to tweet about Article 13.

"The future of democracy in the EU is at stake. These techniques could easily (and probably have been) replicated by state actors interested in undermining EU on other issues," Lowery wrote.®