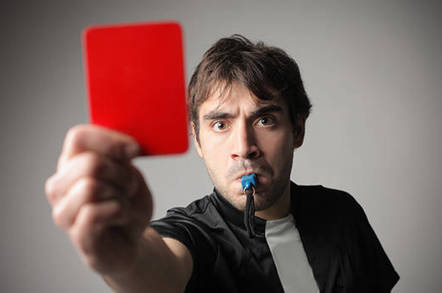 The Home Office’s plan to shift the blue-light services to 4G has been branded unachievable, its Digital Services at the Border project is at high risk of failure and five other tech projects are facing deep issues.

The department’s progress on its major projects have been scrutinised as part of the Infrastructure and Projects Authority annual report (IPA), which this year assessed 133 large and risky programmes the government has on the go.

Overall, the IPA noted a general increase in the proportion of projects ranked red or amber-red – which indicates projects are undeliverable or at high risk of failure – from 38 to 46, and a decline in the proportion given amber-green or green, from 28 to 24.

However, as IPA boss Tony Meggs noted, the report does not consider the "mega-programme" that is extricating the UK from the EU, and the many smaller projects that are part of preparing the nation's infrastructure and services for the increased demand it will face after Brexit.

The IPA report, which is based on assessments done in September 2017, counts 29 projects as ICT. These have a total estimated whole life cost of £10bn, of which 7 are flagged amber-red, meaning delivery is in doubt, with major risks and urgent action needed.

But a much larger number than this will have a tech element to them; many of the 41 transformation projects will rely on ICT, while infrastructure and military programmes are also likely to involve tech.

Among the most risky projects is the delay-ridden Emergency Services Mobile Communications Programme, which aims to replace the mobile communications service, the radio infrastructure Airwave run by Motorola, with a 4G network run by EE.

In the document assessing the Home Office, the IPA noted “continuing challenges with some of the authority projects and subsequent evidence of further slippage from the main suppliers”, and that a full scale programme re-plan had begun, with commercial renegotiations expected, along with a recalculation of the full business case figures by late September 2018.

The whole-life cost of the project is now listed at £5.1bn; last year’s report – in which the programme was given an amber rating – put this at £4.9bn.

For its part, the Home Office admitted the mobilisaton phase of the programme had been extended by nine months, and that further supplier slippage was likely in the next phase, which was due to commence in June 2018.

Home Office perm sec Philip Rutnam last month declined to give MPs a final date for completion, but the estimate given in today's document dump is 31 December 2020, a year after the current planned national shutdown date of 31 December 2019.

The department also gained an amber-red rating for its Digital Services at the Border programme – a crucial element of the Brexit picture that is set to cost £341m – while five others are flagged amber.

These include the department’s recently reset £290m project to upgrade ERP, HR and payroll, with the IPA noting that contracts have now been awarded to an Accenture/Certus consortium; and the efforts to replace the Police National Computer and Police National Database with a single solution.

The IPA noted a “visible increase in enthusiasm, commitment, pace, focus and detail” on the £374.6m Technology Platforms for Tomorrow project to exit its Fujistu IT2000 contract and replace those services.

The Ministry of Justice is another department faced with a large number of major projects that have been ranked risky. The IPA said that the successful delivery of both the planned common technology platform across the criminal justice system, set to cost £380m, and the £1.6bn efforts to reform courts and tribunals services are in doubt.

And its £2.9bn Future IT Sourcing programme, which aimed to cut costs by bringing in a new operating model, was ranked amber, with the department admitting that “timescales remain challenging and whilst deployments are accelerating, further simplification of solution deployment is required”.

The Register revealed earlier this year that the MoJ was planning to take supplier Leidos out of the picture, moving away from the "tower" model to bring tech management back in house.

However, the Department of Health appears to be plugging ahead with its own efforts to replace a Capita-run infrastructure managed service contract with internal and external supplier towers – a project that received an amber-red rating.

The project suffered a 15-week delay, with the department pointing the finger at purdah – the period of public servant quiet time ahead of elections – for 11 weeks of this due to delays in gaining an outline business case approval, and promised that there would only be a 6-week delay to the overall project.

Other high-profile programmes that are rated amber on this year’s list include the disastrous but inescapable Universal Credit programme, the environment department’s bid to replace expiring contracts from its two largest IT contractors, and HMRC’s Making Tax Digital programme.

Also amber-flagged is HMRC’s Customs Declaration Service – a ranking that might surprise some given the concerns expressed by MPs just last week that the project is still fraught with risk and traders aren’t ready for the changes that need to be in place before Brexit.

And, of course, it wouldn't be a list of botched government IT projects without a mention of the Government Digital Service's identify scheme Verify, which this year slipped from amber-green to amber.

This was due to difficulties in actually getting anyone to use the service, which GDS, true to form, tried to pin on other departments.

"User volumes have been lower than forecast due to slower than anticipated digital transformation across government," its parent department, the Cabinet Office, said. "Work is underway to develop cross-government agreement on the approach to digital identity in the intermediate term."

Unlike most of the other major projects for which data is provided, the government did not list the budget for the year or the whole life cost of Verify, instead stating: "Exempt under Section 43 of the Freedom of Information Act 2000 (Commercial Interests)". ®