DeepMind's 'Demis Hassabis is an individual' – Ministry of Fun 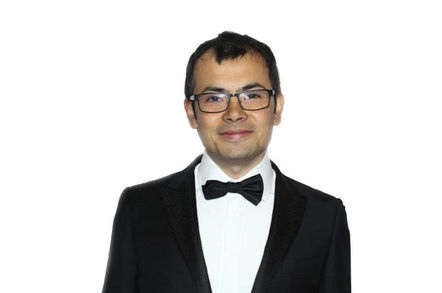 Google is not advising the British government on AI, the Ministry of Fun assured this week, following the appointment of Google's Demis Hassabis as an advisor on AI.

The US ad, search and cloud biz acquired Hassabis' company DeepMind four years ago and he has since been a Google employee. In the words of The Guardian, Hassabis is "leading Google's project to build software more powerful than the human brain".

Earlier this week, the Department for Digital, Culture, Media and Sport – aka the Ministry of Fun – announced the creation of a new "AI Council" and appointed Hassabis as its advisor. The department seemed pleased with landing such a trophy, explaining that Hassabis "will provide expert industry guidance to help the country build the skills and capability it needs to capitalise on the huge social and economic potential of AI – a key part of the Government's modern Industrial Strategy."

Alongside Google's Hassabis and Professor Dame Wendy Hall, the Ministry of Fun announced the appointment of Tabitha Goldstaub.

Goldstaub graduated with a degree in Advertising from the University of Arts London (a federation of London art schools), and founded an online video advertising syndication network called Rightster, which subsequently became Brave Bison.

In 2014, the last year for which company accounts are publicly available, it posted a loss of £18m (2013, £19.4m). She left to form the consultancy Cognition X, an "AI advice platform", which hosted its first conference "CogX" this month.

Her LinkedIn profile lists her as co-founder of both Future Girl Corp and Project Placed, neither of which is listed at Companies House. Cognition X describes Goldstaub as a "serial entrepreneur".

Even DeepMind's own hand-picked review panel think this could be clearer.

We wondered if there would ever be an occasion if Hassabis would offer advice that went against Google's wishes – such as acquiring ever more personal health data. How would DCMS be able to tell what Hassabis wanted and what Google wanted? Is there an advisory code? Does he wear a hat?

"We ask advisors for any conflicts of interest and they are taken into account when making appointments. However, the AI Council will be independent and not part of government," we were later advised in writing.

If new government AI organisations are a measure of success, the UK leads the world. They're proliferating – the council makes three.

If you're confused by the proliferation of new government bodies and advisors talking about AI, we can help. In March, at the recommendation of Professor Hall, the government announced the creation of both an Office for Artificial Intelligence, and the Artificial Intelligence Council. Hall has also joined the council she recommended be created. And don't forget the Centre for AI Ethics, announced this month, and also reporting to the Ministry of Fun, to be headed by Roger Taylor, co-founder of Dr Foster.

We're told the AI Council is "the independent, industry led, body that will help coordinate and grow AI in the UK working between industry, the public sector and academia", while the office is a joint policy-making venture between DCMS and the Department for Business, Energy and Industrial Strategy. The council is "a delivery body", which will "create and deliver the AI strategy, and collaborate with other relevant initiatives, such as the GovTech Catalyst".