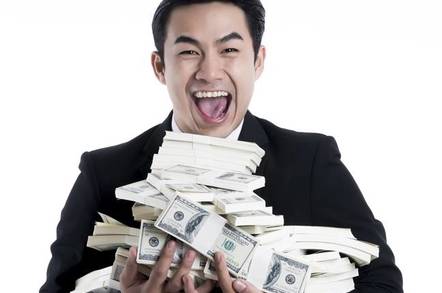 The UK taxman has been told to crack down on online traders that aren't paying their fair share of VAT when they sell on sites like Amazon and eBay.

The House of Commons Public Accounts Committee has been pushing the government to stop the scourge of online marketplaces damaging UK business and the government's coffers for some time.

In a report published today, the committee said that although HMRC had made some progress, it still had a lot of work to do to even the playing field.

It is estimated that the UK is missing out on between £1bn and £1.5bn a year from online VAT fraud, while the big online marketplaces have been accused of profiteering from the activities – as Brit firms are undercut and risk going out of business.

"HMRC was slow to address this problem," said chairwoman Meg Hillier today. "While we recognise the steps it has now taken in response to our concerns, there is a long way to go."

The committee said it was encouraging that more than 27,000 new traders had become VAT registered in the past two years, but HMRC needed to make sure it was collecting the right amount of VAT from them.

Moreover, it needed to pursue those that were already operating, and should consider what further powers – like the ability to seize goods – would help enforce compliance.

The committee noted that HMRC had signed a memorandum of understanding with online marketplaces to share information. However, this is only voluntary, and as of 30 April 2018 just two – Amazon and eBay – had signed up.

"Online marketplaces face no sanction for not signing," the committee said. "We doubt it will be effective unless it is compulsory."

Other measures HMRC hopes will help it secure the additional £1bn VAT revenue by 2023 – a figure it has acknowledged would be "a slog" to recoup on an ongoing basis – include powers to hold online marketplaces jointly and severally liable for unpaid VAT from sales on its site.

HMRC is also consulting on a new way to collect VAT that would allow the tax to be taken from online payments in real time. However, the committee said that "even if this were an appropriate method, introduction of split payment is some way off".

The committee called for an update from HMRC in March 2019, which should set out its progress in securing the additional £1bn VAT revenue it said it should be able to by 2023.

The report comes as lawmakers across the world are grappling with the rise of internet sales; last week, the US Supreme Court voted 5-4 to require internet sellers to pay state sales tax.

The decision will see companies pay up billions in a variety of taxes, while US states are expected to rake in an extra $8bn to $33bn.

Meanwhile, governments are still chasing tech giants to pay the right amount of corporation tax. Apple this year agreed to pay back £136m to HMRC – and the European Union has mooted a tax on revenues rather than profits. ®