Um, which hardware would that be, then? 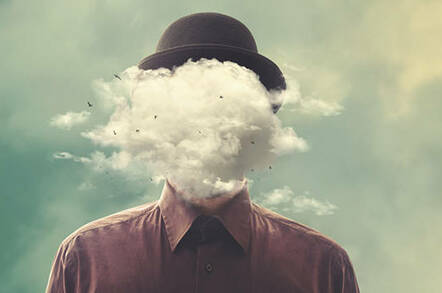 Analysis The EU has declared its intention to build exascale computing capability "on mainly European hardware".

This is stated in a European Investment Bank (EIB) report, Financing the future of supercomputing.

The 149-page screed investigates the HPC market and supplier ecosystem in Europe with the aim of finding out how it could encourage domestic exascale computing. Exascale HPC is seen as necessary because of its increasing use in modern product development and research.

It mentions the characteristics of a European exascale project:

The preface reads: "Europe is clearly underinvesting in HPC with a funding gap of €500-750 million ($578-867 million) per year compared to its competitors from the USA, China and Japan. No single country in Europe has the capacity to sustainably set up and maintain an exascale HPC ecosystem in competitive time frames by itself."

It makes five recommendations based on these findings:

Good luck with that

This is all very well but it ignores a few basic and salient facts. The EU is the weakest of the exascale competitors because it is not a country, but an inadequately integrated set of countries.

It has no indigenous world-class server or supercomputer system supplier, nor globally significant CPU or accelerator vendor; suffers a funding gap compared to China, Japan and the US; and has no ecosystem for the general commercial use of publicly owned supercomputers.

Yet it wants to build exascale computing capability in the same time frame as China, Japan and the US, despite these countries being two or three years ahead in their planning and project work, and without having any plans for plugging an $870m funding gap.

The described characteristics of this project are unreal.

It talks about "mainly European hardware". An exascale system's main hardware is its processors, accelerators, memory, storage and interconnects, but there is no domestic processor or accelerator manufacturer of global scale. No local DRAM players. No European makers of disk or solid-state drives of significance. The same is true for interconnect technology.

There is no European IT system supplier in the same class as Dell, HPE or IBM. It does have Atos, which has its Bull sequana X1000 supercomputer. It has developed the 25 petaFLOPS Terra-1000-2 system for the French Alternative Energies and Atomic Energy Commission (CEA), which is said to be 14th in the Top500 list of supercomputers.

The idea that the EU could build an exascale computer literally using "mainly European hardware" is a ridiculous fantasy.

The report's time scale is also laughable. Europe is already one to two years behind China, Japan and the US, which have committed, ongoing projects to build exascale systems by 2021-2022. Europe has no committed funds, no local suppliers identified, nor any institution set up to deliver a exascale system, and unrealistic goals concerning local technology content.

Europe should also have its own independent and competitive HPC technology supply. What does that mean? European-owned CPU, accelerator, DRAM, NAND and disk supply?

Back on Earth the likeliest way to get a European exascale box is to have Atos take IBM's Summit design of Power nodes with Nvidia accelerators and InfiniBand interconnects. Ditch the Xeon+Phi idea because Intel has screwed Phi up and gone back to the drawing board for its US exascale effort.

Don't bother with Arm: you'll need multiple tens of thousands of nodes, if not more, and give yourself interconnect and system software design nightmares. IBM's Summit is a 200 petaFLOPS system. Scaling that up by 5x doesn't seem nearly as impossible as startnig from scratch.

So EU, find the cash, somehow, give it to Atos, use Summit as a design base and resign yourself to using mainly non-European hardware. That way you might get your own exascale system by 2024/2025 – if you are lucky. ®