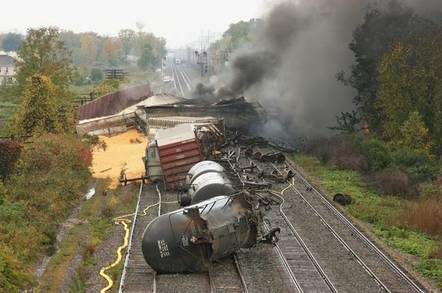 Tintri has laid off 80 per cent of its staff, including its top sales bod, leaving just 40 to 50 staff behind, however it still expects to run out of cash on June 30.

The array maker has struggled since its IPO – sales revenue has been insufficient to end cash burn as its array technology was swamped by the competition.

Newly appointed CEO Thomas Barton walked on 19 June, leaving the company headless. A Glassdoor review claimed this was because he wanted to sell the company but the board would not consent. The reviewer is a little bit more colourful than that.

Tintri is unable to borrow any more cash from its bankers and faces serious liquidity challenges by the end of the month.

The options include selling the company or bankruptcy.

The decision to lay off some 200 people was taken by the board at the end of last week. An SEC statement (PDF), filed yesterday, stated:

"The Company has not yet determined the amount of cash expenditures, substantially all of which consist of payroll-related costs, or the total expense that will be incurred in connection with the reduction in force. The Company is undertaking this reduction in force as part of an effort to preserve its cash resources."

The SEC filing went on to say that Tintri has a "very limited cash" pool left and "currently does not expect to have sufficient liquidity to continue its operations beyond June 30, 2018".

As part of the layoffs, the job of Tom Cashman, senior veep of worldwide sales and alliances, was terminated from 25 June.

There are two days left and then, we fear, bankruptcy is looming, absent of a fire sale of the business. Tintri shares are priced at $0.15, valuing the company at just over $5m. They were $7.00 when Tintri IPO'd in June last year. ®

Fears for vulnerable amid mass migration to online services

Surge pricing? How about surge fines: Pennsylvania orders Uber to cough up $11.4m