Presumably, you're all typing on it wrong 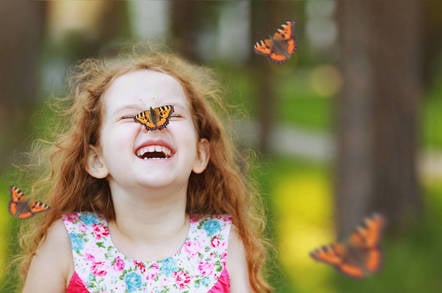 Apple's butterfly keyboards can be thwarted by little more than a speck of sand.

This is according to do-it-yourself repair guru Kyle Wiens of iFixit, who bemoaned the sorry state of the Cupertino idiot-tax racket's laptops in an analysis yesterday on his company's blog.

Calling out Apple for its shoddy craftsmanship, Wiens pointed out that the Johnny Ive-sanctioned "butterfly" mechanism used in the keyboards are prone to failure and difficult to repair.

"The basic flaw is that these ultra-thin keys are easily paralyzed by particulate matter," Wiens wrote. "Dust can block the keycap from pressing the switch, or disable the return mechanism."

In addition to being easily clogged, Wiens said the slimline MacBook keyboards are expensive and hard to repair, thanks to Cupertino's insistence on gluing the keyboard in with other components.

The comments come after Apple has had to roll out a free repair program for MacBook and MacBook Pro keyboards following mounting complaints the keys were clogging up, breaking down, and inducing rage amongst fanbois.

The problems were traced back to a shoddy button design that has been in use since 2015. iLoyalists are being offered free replacements for keys that tend to stick, freeze, and fail to respond.

Our office Macook keyoard is usted ecause the key is roken

El Reg can confirm the laptops are susceptible to failures that leave keyboards inoperable and editors exceptionally grumpy.

According to Wiens, they keyboards are even more error-prone than previously thought, in some cases falling over from the introduction of a mere fleck of debris and, on top of that, being hard to repair.

"In our eyes, the new design was a repairability flop. We downgraded Apple from a seven-out-of-ten to a two," Wiens pointed out. "The subsequent 2013 update sent the MacBook line into a freefall, earning a mere 1/10 — the lowest a notebook had ever earned at that point. They haven’t recovered since."

The DIY guy went on to slam tech journalists for going easy on Apple and its shoddy keyboard designs since 2012. We're happy to say we have been ragging on Cook and Co for years, and have the complete lack of event invites to prove it.