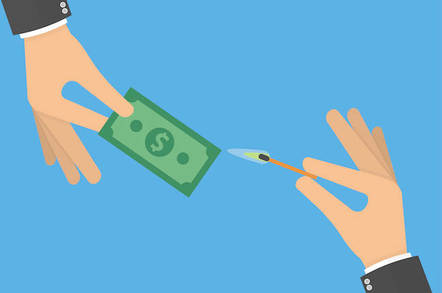 Today (27 June) marks the first anniversary since the NotPetya ransomware ravaged a range of businesses from shipping ports and supermarkets to ad agencies and law firms.

Once in a system, the code sought to encrypt files and destroyed master boot records, leaving infected Windows machines useless. The malware spread using the US National Security Agency's leaked EternalBlue exploit, which was also abused by WannaCry months earlier.

Updates of MeDoc, Ukraine's most popular accounting software, covertly tainted with NotPetya by hackers, distributed the ransomware payload. Once installed, the backdoored code spread like wildfire across flat networks, scrambling files as it went. The effects were devastating. Western intel agencies subsequently blamed Russia for the attack.

FedEx estimated that NotPetya cost it $300m in lost business and cleanup. Maersk also said it was out of pocket by the same amount as a result of the outbreak. Reckitt Benckiser – the firm behind the Dettol and Durex brands – said the attack cost it £100m ($136m). Other victims included Russian oil company Rosneft and multinational law firm DLA Piper.

Mikko Hypponen, chief research officer at Finnish infosec firm F-Secure, told El Reg: "I believe that NotPetya was the single most expensive computer security incident in history. I believe it created bigger losses than any malware outbreak ever, or any hacking incident ever, or any data leak ever. It was historic."

NCC Group rebuilt the malware without the destructive element to test what a real-life attack would look like on an organisation's infrastructure. The exercise showed how quickly malware of this type was capable of spreading across poorly segmented networks.

"Just weeks after WannaCry crippled the NHS and broader industries, NotPetya hit," Eagan said. "One year on from NotPetya, it seems lessons still haven't been learned.

"A lack of regular patching of outdated systems because of the issues of downtime and disruption to organisations was the path through which both NotPetya and WannaCry spread, and this fundamental problem remains." ®