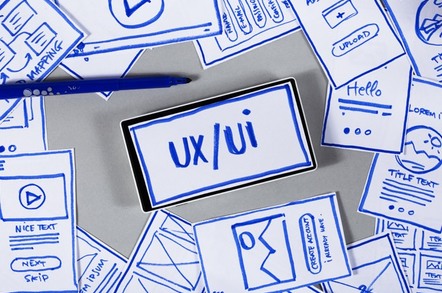 Five consumer privacy groups have asked the European Data Protection Board to investigate how Facebook, Google, and Microsoft design their software to see whether it complies with the General Data Protection Regulation (GDPR).

Essentially, the tech giants are accused of crafting their user interfaces so that netizens are fooled into clicking away their privacy, and handing over their personal information.

In a letter sent today to chairwoman Andrea Jelinek, the BEUC (Bureau Européen des Unions de Consommateurs), the Norwegian Consumer Council (Forbrukerrådet), Consumers International, Privacy International and ANEC (just too damn long to spell out) contend that the three tech giants "employed numerous tricks and tactics to nudge or push consumers toward giving consent to sharing as much data for as many purposes as possible."

The letter coincides with the publication a Forbrukerrådet report, "Deceived By Design," that claims "tech companies use dark patterns to discourage us from exercising our rights to privacy."

Dark patterns here refers to app interface design choices that attempt to influence users to do things they may not want to do because they benefit the software maker.

The report faults Google, Facebook and, to a lesser degree, Microsoft for employing default settings that dispense with privacy. It also says they use misleading language, give users an illusion of control, conceal pro-privacy choices, offer take-it-or-leave it choices and use design patterns that make it more laborious to choose privacy.

It argues that dark patterns deprive users of control, a central requirement under GDPR.

As an example of linguistic deception, the report cites Facebook text that seeks permission to use facial recognition on images:

If you keep face recognition turned off, we won’t be able to use this technology if a stranger uses your photo to impersonate you. If someone uses a screen reader, they won’t be told when you’re in a photo unless you’re tagged.

The way this is worded, the report says, pushes Facebook users to accept facial recognition by suggesting there's a risk of impersonation if they refuse. And it implies there's something unethical about depriving those forced to use screen readers of image descriptions, a practice known as "confirmshaming."

Criticism of Microsoft's Windows 10 is more muted, though it too gets chided for encouraging acceptance of ad personalization and employing menu language and graphics designed to maximize data collection.

Asked to comment on the report's findings, a Facebook spokesperson did not address the claims directly and instead, in an email, said the company has been preparing for GDPR over the past 18 months and, as a consequence, has made its policies and privacy settings clearer.

"Our approach complies with the law, follows recommendations from privacy and design experts, and are designed to help people understand how the technology works and their choices," a Facebook spokesperson said.

Google too choose not to attempt to challenge any of the report's claims and simply insisted it tests its designs.

"We've evolved our data controls over many years to ensure people can easily understand, and use, the array of tools available to them," a Google spokesperson told The Register via email.

"Feedback from both the research community and our users, along with extensive UI testing, helps us reflect users’ privacy preferences. For example, in the last month alone, we’ve made further improvements to our Ad Settings and Google Account information and controls."

Microsoft said it was aware of the report without specifically addressing any of the claims therein.

"We have seen the report from Norway and would like to reinforce that we are committed to GDPR compliance across our cloud services, and provide GDPR related assurances in our contractual commitments," a Microsoft spokesperson said, pointing to a past blog post on the subject. ®