Dot-Africa saga going to jury trial... thousands of miles away in America 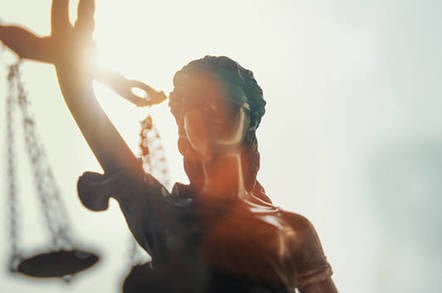 The long-running saga over ownership of the .Africa top-level domain name will go to a jury trial… in California.

Following two years of failed settlement talks, in August this year a dozen Americans based in Los Angeles will get to decide the future of the continent's online namesake.

At stake is not just ownership of the .Africa registry – which contains over 15,000 domains - but the reputation of the domain name system overseer ICANN, which has been accused of fraud and conspiracy to commit fraud over how it handled two competing applications for the name.

The plaintiff in the case, DotConnectAfrica (DCA), was rejected by ICANN during the evaluation process for the name, with control of the registry handed to South Africa-based ZA Central Registry (ZACR).

But DCA was suspicious over how its application had been handled and questioned the decision through ICANN's various appeal mechanisms. Then, in July 2015, to the surprise of many, the organization's highest accountability measure – a group of former judges that make up an "independent review panel"(IRP) – came down decisively in favor of DCA, and declared that "both the actions and inactions" of ICANN's Board had been "inconsistent" with its bylaws.

The judges ordered that ICANN revisit DCA's application and pay all costs – which stretched to over $400,000.

But more than the unanimous ruling, a decision by ICANN's staff to redact significant sections of the IRP's judgment – an unheard-of intervention in what is supposed to be an independent process – raised further questions about the organization's conduct.

The Register got hold of an unredacted copy of the judgment and discovered that ICANN's staff had removed all references to a number of questionable interventions it had itself carried out.

Most startling among them was the fact that the person in charge of evaluating applications had drafted a letter to her own department that provided specific wording that would allow ICANN's staff to approve the bid and then sent it to a key backer of ZACR.

Bidder ZACR then signed the letter and sent it back to ICANN. ICANN accepted it and signed a contract with ZACR just a week later.

Asked to explain the redactions in the report, ICANN's staff initially claimed that both sides had agreed to the removal of the information, even informing Board members as such, before being forced to admit it had done so unilaterally and over the explicit objections of DCA.

That wasn't all either. We dug into the issue and discovered that ICANN's staff had repeatedly directed the third party that was evaluating the applications in ways that were beneficial to the ZACR bid and detrimental to the DCA bid.

That company – InterConnect – was selected through an open tender process and was supposed to be entirely independent of ICANN's influence. But documents provided to the IRP showed that ICANN's staff had repeatedly overruled InterConnect's recommendations and told it to adopt positions that benefited ZACR over DCA.

We could tell you but...

The pretense of InterConnect's independence was underlined when the company informed us that it could not respond to any of our queries because it was under a non-disclosure agreement with ICANN that prevented it "from publishing or providing the email and other resources you have requested." InterConnect also told us that it was "not allowed to talk about, nor can it comment upon, individual applications."

A year later, in a different IRP judgment, ICANN's staff was again found to have directed a different "independent" third party - the Economist Intelligence Unit (EIU) - into finding against another applicant. In that case, ICANN staff even injected the assertion that the EIU had carried out "research" that led to it not awarding critical points to the applications for .inc, .llp and .llc, put forward by a company called Dot Registry.

The IRP judgment noted that "the EIU failed to identify the research conducted, what the results of the research were, or how such results supported its conclusions." And Dot Registry responded by calling for ICANN's general counsel to resign. He didn't but he was put in charge of the subsequent internal investigation into what had happened.

But, under the restricted terms of its remit, the team of judges on the IRP are not allowed to dig into, or comment on, the actions of ICANN's staff – a fact they repeatedly note in their judgments.

The IRP judges did, however, manage to introduce details of the staff's actions by noting that the ICANN Board had failed to respond or investigate allegations of staff misconduct, and gave an outline of what those misconduct allegations were.

In the Dot Registry case, the IRP panel called the Board's claims to have dug into allegations of staff misconduct as "simply not credible."

All of which is relevant because following years of legal back-and-forth, the only claims against ICANN that will go forward to the jury trial in August are those of fraud and conspiracy to commit fraud.

Other causes for action against ICANN lodged by DCA were dismissed due to the fact that DCA had signed a contract with ICANN as a part of the evaluation process in which it agreed not to sue as a pre-condition of being accepted as an applicant. The court noted however that such a contract does not protect an organization from fraud. And so DCA will need to prove to a jury that ICANN engaged in fraud when it rejected DCA's bid.

DCA's case is strengthened by what happened after the IRP judgment in which the retired judges said ICANN had to revisit DCA's application in light of what it had found.

ICANN asserted that the IRP judgment was not binding on it and carried out a review process that appeared to be designed to ensure that DCA's bid would be rejected a second time.

When this was eventually rejected, having exhausted all possible appeal mechanisms within ICANN, DCA sued the organization in its hometown of Los Angeles and won an initial injunction against ICANN. The court in that judgment said: "The evidence suggests that ICANN intended to deny DCA's application based on pretext." The court also said it had "serious questions" over how ICANN had handled the whole process.

That was back in April 2016. Since then, lawyers on both sides have been filings motions against one another in the lead up to trial. In February 2017, ICANN succeeded in delegating the .africa registry to ZACR so it could start offering .africa domain names – with the court arguing that if DCA wins its case, ZACR can simply hand over the registry. But ICANN failed to kill the lawsuit altogether, with the court deciding in August 2017 that it had to face the fraud allegations.

As things stand, there will be a bench trial – where a judge sits without a jury – on July 20 to consider "judicial estoppel" arguments put forward by ICANN in which the organization claims that DCA should not be allowed to sue it becausem as it previously argued in the IRP case, that the registry company wasn't in a position to sue ICANN because of its contract.

ICANN is likely to lose that argument – despite claiming it has fresh evidence – because an earlier court ruled that the fraud allegations put the entire case outside of a contractual agreement.

Which leads to the jury trial for fraud scheduled for August 22. The big question at that trial will be whether ICANN pretended to keep evaluating DCA's bid despite having already decided it would not approve it.

Despite the wealth of evidence showing that ICANN has behaved extremely poorly with respect to .africa for nearly five years, that is a high hurdle to jump.

It also has enormous implications: if the organization tasked with running the internet's naming and addressing systems is found guilty of fraud in its own legal jurisdiction, even for an organization that is notorious for avoiding any form of accountability, there would have to be repercussions. ®