Amid Greyball and hack cover-up, app biz isn't endearing itself 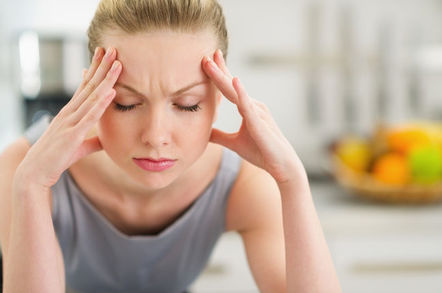 TfL, the UK capital's transport regulator, wants the ban upheld, in part because of fears that spy-on-regulators tech Greyball was used in London.

TfL yanked Uber's licence to operate its ride-hailing app last year because it was not satisfied that the firm was, legally, a "fit and proper person" to run private hire cabs in London.

A taxi firm whose licence has been revoked by TfL can continue to operate until the outcome of any appeal.

TfL opposes Uber's appeal. Its barrister, Martin Chamberlain, told the court in his written submissions that it should take Uber's "historic conduct into account, when determining whether it is now a fit and proper person to hold a PHV operator's licence".

Barristers Tom de le Mare QC and Ranjit Bhose QC will tell the court on behalf of Uber that the taxi-app-cum-operator welcomes "the opportunity to continue to demonstrate its fitness and propriety, and is committed to trying to do that every day".

No, you cannot carry out eye tests by video link

Uber's written submissions included the staggering admission that its drivers were taking eye tests over a video-call-your-doctor service called Push Doctor. It said: "[Tom] Elvidge [head of Uber UK and Ireland] accepts that, with hindsight, the eye tests offered by the Push Doctor service may not have been adequate." TfL insisted to the company that these medical checks "could only be conducted in person".

Uber's full admission from its own court filings that its drivers used to take eye tests by video link. The practice has now been halted after TfL intervened/p>

TfL alleged that Elvidge "does not accept that it was clear and obvious that the proposed [video medical exam] solution was unsatisfactory".

Helen Chapman, TfL's director of taxi licensing, made a number of witness statements in which she referenced the 2016 Uber hack, urging the court not to renew Uber's licence on the grounds that the company's corporate culture was too toxic for it to operate back then and that Uber's recent changes to detoxify itself have yet to bed in fully.

People within Uber tried to cover up the 2016 hack, which only came to light the following year. They even bunged the 20-year-old US hacker $100,000 to delete the data and keep stumm, which got them fired when new chief exec Dara Khosrowshahi found out what happened.

Greyball is Uber's spy-on-regulators system. When Uber suspected that regulators were snooping around its drivers, their accounts were tagged by company employees so its systems did not display any nearby cars – preventing regulators from carrying out secret shopper-style checks on the taxi app's behaviour. When the existence of Greyball came to light, TfL reacted with alarm, asking Uber whether it had ever used the tech in the UK.

The company said in its written submissions: "Uber modified its systems to require employees seeking to apply such tags to obtain pre-approval by a manager and legal clearance. Violation of the policy would lead to disciplinary sanction."

TfL, in contrast, alleges that Uber manager Jo Bertram "approved the use of Greyball" for dodging regulatory checks, or what the transport regulator claimed Uber tried to depict as "over aggressive law enforcement". Bertram had left the company by September last year.

In addition, Uber later claimed that it has deactivated Greyball altogether. The firm characterised Greyball to The Register as a tool for "employee testing of new products" and repeated that it has not been "misused for the purpose of evading regulators", while avoiding our simple question as to whether the software had been used in the UK or not.

A "third-party systems expert" was later appointed by TfL, with Uber's consent, to investigate how the app platform operated and confirm that spot checks carried out by people posing as customers wouldn't be obstructed.

Uber accepted that its previous allegations that taxi trade unions and established taxi firms had egged on TfL to shut down their competitor were "unfair". Uber also said that it "would never knowingly compromise public safety". Part of its newfound corporate social responsibility includes the use of "real-time identification checks for drivers using facial recognition technology in order to address any risk of account sharing or impersonation".

607 Uber drivers have been dismissed, according to TfL's legal filings, with 221 immediately suspended from working "on public safety grounds".

The London Taxi Drivers' Association (LTDA), a trade union for black cab drivers, has itself urged the court to rule that Uber drivers operating outside London are doing so illegally.

The case is scheduled to continue until Wednesday 27 June. Uber seeks restoration of its licence for 18 months so its corporate changes can become "fully embedded and [be] put to the test". ®

Updated to add on June 26

The court has ruled: Uber has been granted a 15-month probationary license, and must foot TfL's legal bills.