HTC U12+: You said we should wait and review the retail product. Hate to break it to you, but...

WTF were they thinking?

Now on to the most contentious feature – Pressure Sensitive Buttons. HTC insisted that you get used to these over time, and perhaps this is true – you get used to applying quite specific pressure in a quite specific way. But this wasn't what characterised my experience. The problem is that even in the retail model, the buttons are not as reliable and their behaviour not as predictable compared to conventional keys. I would accidentally trigger a "hold" when I intended a press. Too often I got no response first time from the keys. Screenshots cannot be taken using the conventional power+volume down combo here.

And something that the user can't do anything about is the quality of the haptic feedback. This just doesn't feel right, in that it doesn't feel like the phone is responding to a press. It rather feels like tiny but very heavy ball bearings are being shot across the inside of the phone. Perhaps you can get used to this too, but given the choice between PSBs and conventional, I think almost anyone would choose conventional buttons. It's a solution to a problem that wasn't a problem.

The other area where we found difficulties was with Edge Sense 2.0. With the first iteration of Edge Sense, you squeezed the sides of the phone to trigger an action. I found this simple addition to be tremendously useful: if you wanted to take a photo, the camera would be available as it came out of your trouser without your attention being distracted at all. You could also take a little time and program the gesture to do something within an app. Nice. (Google's Pixel 2 incorporates the squeeze, but tragically only uses it to invoke the Google data slurper, aka Assistant.)

It couldn't be simpler: a short squeeze and a long squeeze. Nothing more was needed. Now with Edge Sense 2.0, HTC has dedicated portions of the side frame to respond to taps. To sum up: whereas the PSBs are a questionable idea poorly implemented, side touch panels are just a really, really bad idea. They're overly sensitive, and trigger their preset action from simple handling. Fortunately, you can turn this feature off and retain the ever-so-handy squeezes. 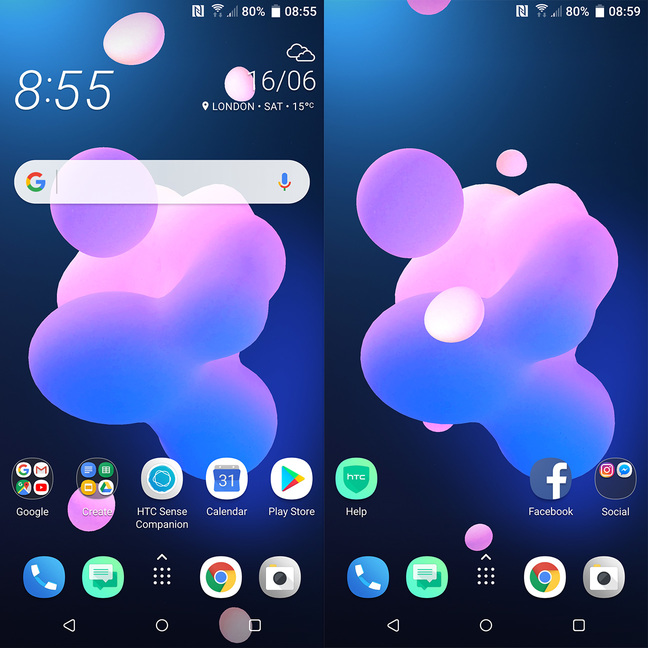 Four years ago, HTC had an expansive and ambitious software effort, with its own versions of the major communications and productivity applications. Today it only retains the phone dialler, SMS, contacts, and email.

It's a mixed bag. The package shows little sign of anything new over last year, and some parts are dating badly. I'm very grateful for the dialler and SMS app, which are excellent. The HTC keyboard and email app (the latter with its enormous header) are now dated and creaky. I do miss the old HTC gallery app with its live video previews – it was superior to the Google Photos app and so obviously not a data-slurping trojan. 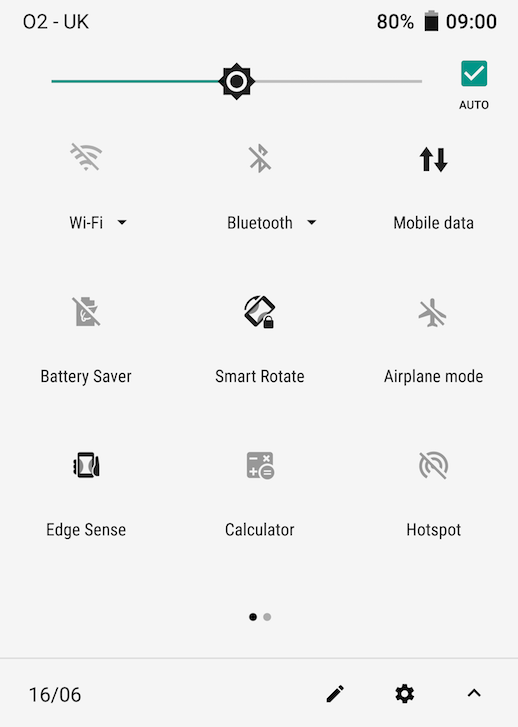 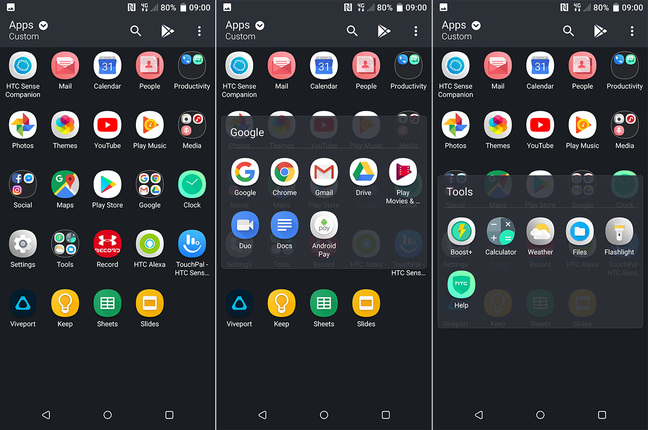 HTC also bundles Boost+, which works well at optimising your power consumption and HTC Alexa. Yes, the phone is also an Alexa if you wish it to be. And HTC still insists on bundling its own AI assistant, HTC Sense. The only third-party cruft is Facebook and Instagram, a fitness-tracking recorder and an app for HTC's games portal Viveport. As is the norm, unfortunately these can only be hidden, not removed entirely. Let's be honest, most bundles suck, and if it's not Mark Zuckerberg's slurpware it's a bunch of Google apps that you don't need or want, some of which you know won't even be supported in a year. "Stock Android" is a bit of a myth.

What it should mean is a clean zippy experience and HTC manages this while retaining a homeopathic smidgen of its own character. What was once the Android world's best theme engine is still present, and for the most part this UX is good enough. (Most goodies in now little-used Theme Store are free, but the choice of icons is a bit sorry.)