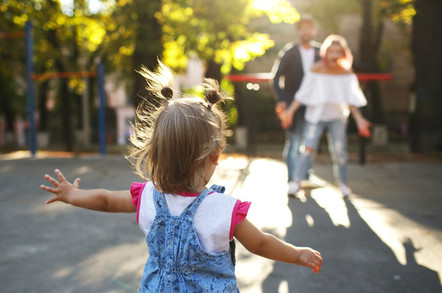 Intel bought its way into the parallel file system world by gobbling Lustre developer and supporter Whamcloud in 2012. This was positioned as an aspect of Intel's ambitions to be a bigger player in super-computing as it headed towards exascale.

However, this didn't achieve all that much for Chipzilla and it stopped providing its own-brand Lustre products in April 2017, saying it would contribute all its Lustre enhancements to the open-source community.

Community players thought Intel was too big and broad to give Lustre the focus it needed. Recently IBM's Spectrum Scale has been making progress in high performance computing (HPC) and supercomputing with, for example, NVMe flash drive and NVMe-over-Fabrics support.

DDN has been involved with Lustre for many years, with its EXAScaler Lustre storage system product. It has a strong technology roadmap for Lustre and will add NVMe drive support as part of that, having had NVMe support in its own IME product for over a year. This is seen as crucial.

DDN said it will also continue to support OpenSFS.

The Lustre team is already being expanded and will be significantly increased in 2019. DDN wants to broaden Lustre's appeal out from super-computing and HPC to mid-range and AI environments, adding both cheaper and better-performing Lustre systems in these areas.

It particularly sees AI as a potentially vast and broad market with cost-effective, high-speed, random read access to large amounts of data being crucial – an ideal focus for Lustre.

DDN said it sees AI users as data scientists and will increase Lustre's ease of deployment, management and monitoring. It will also develop hybrid cloud (on-premises and public cloud) facilities for Lustre.

DDN has taken on all of Intel's Lustre support contracts, both for end users and channel partners.

But DDN may have some work to do winning over the Linux community, as Lustre was last week ejected from the Linux kernel.

We think persuading Chipzilla to hand over its Lustre reins to someone better able to give it the focus it needs is a good step forward. DDN is privately owned, profitable and focused on HPC storage systems, both academic and commercial.

It now has the means to make Lustre a more capable competitor to IBM's Spectrum Scale, add its storage access smarts and make it more AI-capable. ®

DDN burst buffer to bimble along more briskly after boost

SFAOS, Lustre distribution and WOS given a waxing as well

Starting small with burst buffers? DDN says it's got an 'entry-level' one

How much? No word yet