The week that QoS in networking, aka WAN, RAN, thank you ma'am

Aruba gets the SD-WAN bug, Huawei patches slowly and so much more 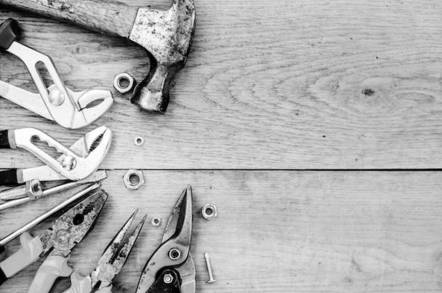 Roundup Nokia has claimed a first by demonstrating a cloud-based radio access network (RAN) running on an operational carrier network.

The demonstration was on the Orange network in Poland.

The March – May 2018 trial used Nokia's AirScale Cloud RAN, and was designed to help both carrier and vendor get ready for 5G deployments. The demo connected radio sites in the Polish city of Chelm to a virtualised baseband infrastructure running in a data centre 70 km away in Lublin.

The AirScale base station provided equivalent network performance both on Nokia's reference infrastructure and the Orange cloud environment, Nokia said.

In the demonstration, only time-critical functions remained at the base stations. Ethernet carried over the Orange network allowed non-real-time operations to be hosted at the data centre.

The company says the system can provide granular branch and WAN quality-of-service for “SaaS, mobile unified communications, and other remote applications”.

Ruckus Networks has reworked its SmartZone network controllers to support wired as well as wireless networks.

The enhanced version of the SmartZone WLAN controller runs version 5 of the company's SmartZoneOS, and as well as managing access points and Ethernet switches, Ruckus said it can manage both physical and virtual appliances.

The controller auto-discovers access points and switches, and the company claimed each network controller can scale to 450,000 clients.

RESTful APIs are designed to make it easy for IT to automate the platform, and streaming APIs provide access to network data, statistics and alarms.

Extreme Networks this week released a slew of management products.

The ExtremeCloud Appliance is an on-premises management device designed to replicate the company's cloud-based management system, and is delivered with what Extreme Networks calls “cloud-like licensing and management”.

Customers who have a private cloud can run ExtremeCloud Appliance as a virtual machine.

Huawei has patched an OpenSSL bug that emerged in November 2017.

CVE-2018-0739 is a possible stack overflow if there's a recursive definition in constructed ASN.1 types.

The affected Huawei products are its AR3200 switches, and OceanStor storage products running software version V300R006C10. Software patches have been issued for all affected products.

Following its merger with Brocade, Broadcom has continued its layoffs in Silicon Valley, with the Orange County Business Journal reporting another 1,100 employees to go.

The cuts will cut across all business and functional areas, the OCBJ said, and were part of a US$178 million cost-cutting exercise. ®