Letter to Bezos: 'We refuse to contribute to tools that violate human rights' 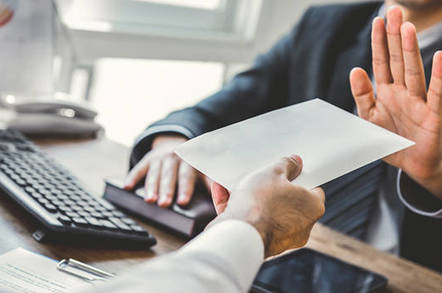 Amazon workers have reportedly called on their bosses to stop selling facial recognition kit to cops and spies, and slammed its links to data analytics biz Palantir.

Amid the tech industry's intense efforts to prove to the public that they are not corporate monsters, Washington DC publication The Hill has reported that Amazon staffers have taken their moral objections to top dog Jeff Bezos.

The missive is the latest in a string of statements from tech bosses and underlings that condemn the US government's policy of separating children from their asylum-seeking parents at the country's borders – which President Donald Trump was forced to back down on after images of kids apparently held in chain-link cages were made public.

In the letter, reportedly posted on Amazon's internal staff wiki, the employees – referring to themselves as *shudder* Amazonians – state that they should have a say in the work they do and how its products are used.

"We refuse to build the platform that powers [Immigration and Customs Enforcement], and we refuse to contribute to tools that violate human rights," the letter is reported to read.

"As ethically concerned Amazonians, we demand a choice in what we build, and a say in how it is used."

The group is said to have criticised the fact that AWS provides digital infrastructure to Peter Thiel's data-slurping outfit Palantir - which the US' Immigration and Customs Enforcement agency is reported to use and has also been linked to the Cambridge Analytica data-harvesting saga.

"In the face of this immoral US policy, and the US's increasingly inhumane treatment of refugees and immigrants beyond this specific policy, we are deeply concerned that Amazon is implicated, providing infrastructure and services that enable ICE and DHS," the letter said.

The staff also reportedly criticised their company's sale of facial recognition services – Amazon Web Services Rekognition – to law enforcement and government agencies, and called on Bezos to set out terms under which the bodies can use Amazon services.

Meanwhile, campaign group Privacy International has called on Thomson Reuters to make a similar commitment, pointing to contracts that the firm and its subsidiaries have with ICE.

Microsoft's PR machine was sent scrambling earlier this week after people noted that the firm had previously bragged about its work with the disgraced US agency.

After more than 100 employees wrote to the company to ask that it ceased work with ICE, CEO Satya Nadella took to email to condemn the policy - but added that his firm's work with the agency is nothing to do with "projects related to separating children from their families at the border."

We have asked Amazon and Thomson Reuters for comment. ®