Oracle: Think our DB sales are great now? Wait until we actually get the new product out... 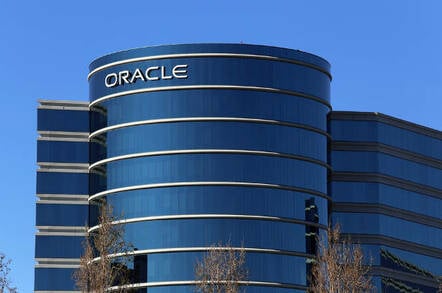 Oracle has capped off a solid fiscal year, and, let's be fair, you can forgive it for boasting that big things are coming for its database line in the coming 12 months.

On Tuesday, Larry Ellison's enterprise tech giant delivered both the Q4 and full year 2018 numbers reports. It also described its new tactic of bundling the cloud and on-prem numbers for both services and licensing, a move it says reflects the convergence of those two parts of the business and initiatives such as the "bring your own license" plan for cloud migration.

"We had a great fourth quarter with total revenues more than $200 million above our constant currency forecast," said co-CEO, Mark Hurd.

"Our strategic Fusion ERP and HCM SaaS cloud applications suite revenues grew over 50 per cent in the fourth quarter, and we expect continued strong growth from our Fusion SaaS suites throughout FY19."

Oracle execs are also optimistic that database is going to be a big winner for the company in the coming fiscal year. In particular management has high hopes for the much-hyped Autonomous Database line, which has only been officially on the market for a few weeks and is, in practice, still in the trial or proof-of-concept phase with many prospective enterprise customers.

"The key thing for us has been getting our products into the market," Hurd told analysts on the quarterly earnings call.

"They have yet to really start to produce revenue, we are in the very early phase of this."