Wants to shut off access to Europol, security DBs 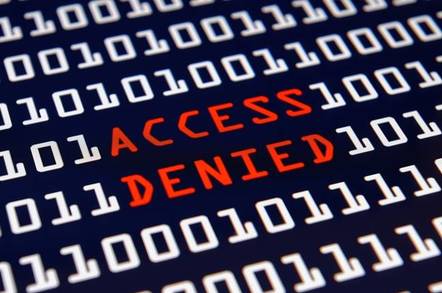 The UK will only be able to get a data adequacy decision from the European Union once it has offered up its new legal framework – and won't get access to the bloc's policing and security databases, Michel Barnier has warned.

In a speech in Vienna yesterday, the EU's chief Brexit negotiator once again emphasised the importance the bloc is putting on the UK's commitment to maintaining data protection standards, along with human rights.

He acknowledged that effective exchange of information was crucial for fighting cross-border crime, but that this could only happen in a different way after Brexit – and indicated this would hinge on the UK gaining a data adequacy deal.

"There is no possibility for the EU to compromise on data protection," he said – meaning it will have to remain in line with the bloc's laws.

The UK government has committed to doing so, but has also sought a souped-up data adequacy agreement that would also see it involved in some EU-wide instruments and give the information commissioner a seat at the negotiating table – suggestions Barnier has previously knocked back.

In his latest speech, the Frenchman also suggested another UK desire – that it be allowed an early deal, which it maintains is necessary for continued data flows between the pair – was unlikely to be granted.

"Such a decision [on data adequacy] can only be taken once we are able to assess the new UK legal framework," Barnier said.

Slides (PDF) from the European Commission detailing the latest approach to the Brexit deal also set out a number of safeguards that the UK will have to agree to for future cooperation.

On data sharing, a guillotine clause would allow the EU to pull the plug if the adequacy deal is withdrawn, or declared invalid by the European Court of Justice – a concern given the various challenges mounted against the EU-US deal, Privacy Shield.

Meanwhile, the prospect of the UK gaining an adequacy deal in the first place has been widely questioned by critics of the nation's intrusive surveillance laws, as these will be considered as part of the EU's decision-making process.

Barnier's latest comments will add to the pressure on the UK government to secure the deal, as he said it would be necessary to ensure continued access to policing and security information that it will otherwise be shut off from.

This is because EU Brexit negotiator's position is that the UK should not be granted access to existing information exchange systems – which include passenger records, fingerprints and DNA data – or membership of EU agencies like Europol and Eurojust.

"Let’s be clear: based on the UK’s positions, our cooperation will need to be organised differently. It will rely on effective and reciprocal exchanges, but not on access to EU-only or Schengen-only databases," Barnier said.

"The UK will not be in a position to shape the strategic direction of EU agencies... UK representatives will no longer take part in meetings of Europol and Eurojust management boards."

Rather, he suggested, the UK would be invited to send a liaison prosecutor and liaison officers to these agencies, and vice versa.

Barnier's comments come as latest the Brexit saga unfolds in the UK parliament, as MPs will this afternoon make a crucial decision on the meaningful vote amendment; effectively deciding whether it will be the PM or parliament that gets the final say on the Brexit process if the government fails to negotiate a deal with the EU that MPs approve of.

In his speech, Barnier claimed the UK needed to have more "realism" about what is possible in the Brexit deal, adding that the EU would not be drawn into a "blame game" about the effects of the EU's latest position statement.

"They want to maintain all the benefits of the current relationship, while leaving the EU regulatory, supervision, and application framework," he said. ®