Revenue will fall, but gigabytes shipped will rise as NAND soars 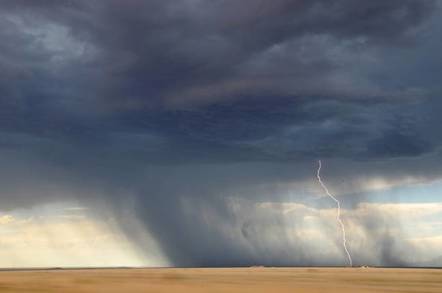 Analyst firm IDC has predicted revenue for the flash storage industry will decline for three years.

The revenue growth hiccup was attributed to modestly lower demand for flash bits and reduced cost/bit. Senior Wells Fargo analyst Aaron Rakers said IDC estimates NAND bit demand to grow by 41 per cent from 2017 to 2018 and 45 percent in 2019. The total 2017-2022 CAGR is 41 per cent.

This is attributed to the growing influence of 3D NAND and its increased layer counts, meaning a flash wafer will hold many more bits than before, lowering the cost/bit.

Shipped 3D NAND capacity was around 65 per cent of total shipped NAND in the last 2017 quarter, and is expected to be about 70 per cent in 2018's first quarter. Rakers said IDC is looking to see 83 per cent by the fourth 2018 quarter.

IDC's enumerators also reckon external storage market revenues will rise seven per cent this year compared to 2017, with all-flash array revenues rising 35 per cent to $9bn. Good news for some. ®