The RC100 is an M.2 card format SSD and was previewed at CES in January. Toshiba has positioned it as a budget drive and hopes it will spread NVMe adoption outwards from the enterprise market to the consumer one.

Comparing it with Toshiba's two-year-old Q300 Pro shows what a difference two years can make in storage tech.

The Q300 Pro came in 256GB, 512GB and 1TB capacity points. It used 15nm MLC (2bits/cell) flash with a 6Gbit/s SATA interface, and was positioned as an SSD for gamers and workstations. 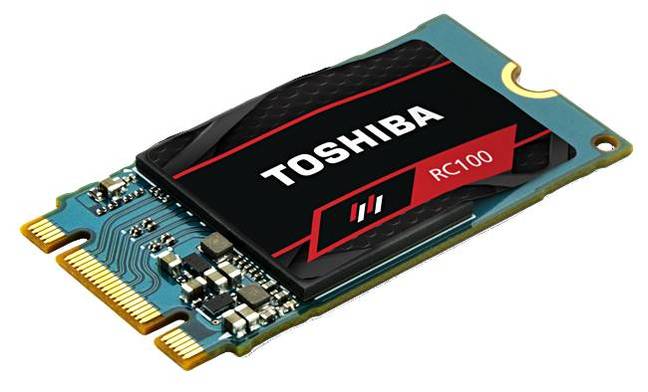 The use of 3D NAND gets us more capacity in less space, while the NVMe interface seemingly blows SATA away, as evidenced by the table below:

The RC100 is more than twice as fast on all these measures. It also costs less than the Q300 Pro.

Eat your gruel and we won't go to international arbitration court