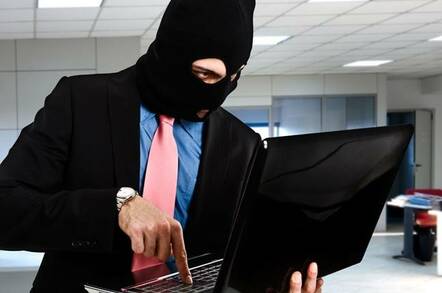 Roundup Welcome to this week's AI news bites, picking up the bits besides everything else we've written about.

At an internal meeting IBM said that hospitals weren’t all that interested in managing their pay-for-performance contracts with its Watson platform. It’s not the first time that the system has had problems and it has faced criticism for overblown marketing tactics to mask its lack of products.

Last month, IBM Watson Health had to lay off employees from Explorys, Phytel and Truven, three health data companies it bought. The enterprise IT giant said this was the result of typical restructuring following acquisitions.

Now, STAT News has reported that the whole shebang was apparently disorganized, and allegedly rife with petty spats and competitiveness.

More AI labs for the world: Nvidia and Google both announced new AI research labs this week in Canada and Ghana.

Nvidia’s lab in Toronto will be led by Sanja Fidler, also an assistant professor at the University of Toronto. Google’s lab in Accra will be led by Moustapha Cisse, a researcher who left Facebook’s AI team in Paris.

AI research generally suffers from a lack of diversity. Opening a lab in Ghana will provide more opportunities for black engineers and for machine learning to flourish. Several conferences such as the Data Science Africa 2017 in Tanzania, the 2017 Deep Learning Indaba event in South Africa, and follow-on IndabaX events in 2018 shows that is already a strong and growing interest in AI in Africa.

Canada is another country where AI talent has always been strong. It’s home to some of the top universities that have produced researchers that kickstarted deep learning. Several companies already have labs there, including Google and Facebook. Nvidia hopes to triple the number of researchers from 50 to 150 by the end of the year with the new lab.

“Offline translations can be useful when traveling to other countries without a local data plan, if you don’t have access to internet, or if you just don’t want to use cellular data. And since each language set is just 35-45MB, they won’t take too much storage space on your phone when you download them,” it explained in a blog post.

It is expected to be available in 59 languages over the next few days.

DeepBird contains a range of tools used by engineers, data scientists and researchers to train and and run machine learning models using Twitter’s data. It decided to switch to TensorFlow as it was easier to deploy systems into production, according to a blog post.

The next step is to support the training of models written in DeepBird across GPU clusters, and allow distributed training to execute larger models. Hopefully this will boost its research efforts, which have been a little underwhelming so far.

AI startup working on military contract allegedly hacked: A former employee at Clarifai claims that one of its servers containing sensitive US military data was infected with malware from Russia.

Amy Liu was the director of marketing at the computer vision startup, and helped it win a supply deal with the Pentagon on Project Maven, a program aimed at developing AI to classify objects in drone footage.

In November, the biz was told by Cogent, an internet service provider, that one of the startup's servers was attacking Indiana University, according to Wired. It received a report that malware from a computer in Russia had infected its AWS server, and all of its code may have been compromised.

Liu said after she raised concerns that the company should report the apparent intrusion to the Pentagon, she was fired. Clarifai did not immediately report the incident, and the US military found this out later. The firm claimed that it “did not have a security incident putting government or other customer information at risk. An untargeted bot was identified on an isolated research server,” but that it not “did not access any data, algorithms or code,” according to a corporate statement.

Google recently announced it would not be renewing its contract with Project Maven after an facing negative backlash from employees and risk of tarnishing its public image. Liu told Wired that there was a lack of transparency and poor security at Clarifai.

“If now Google’s out of the running, and all they have left is companies like Clarifai, that’s sad and scary,” Liu said. ®