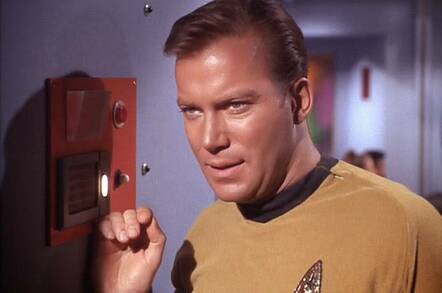 Here's a surprise. William Shatner wants cryptocurrency miners to use a solar energy company he represents.

Solar Alliance is offering a 3MW solar array* in Murphysboro, Illinois to would-be miners. The retired Canadian actor, 87, has graciously put aside his well-documented disdain of cryptocurrencies to try and attract new business, The Washington Post reports.

But it may not be enough to slake the insatiable demand for energy that miners generate. To put 3MW in perspective, that's roughly the yield of the rooftop array on BMW Mini plant in Oxford.

Currently Bitcoin energy consumption is estimated to be 71TWh, costing around $3.3bn a year – and that's more than Switzerland or the Czech Republic consumes. Crypto mining has also wiped out gains from the vast investments made in solar and wind renewable energy in recent years.

But on the other hand, it's also opening up renewable energy capacity that previously wouldn't be available. Geothermal is a highly promising renewable source – it runs 24 hours a day and isn't impaired by bird poo. This year, Iceland, the world's leading geothermal user, doubled its geothermal output to 100MW purely because of the demand from crypto computation.

Don't expect it to last, though.

Bitcoin is designed to make the creation of new money onerous – since expanding the money supply of a fiat currency is considered corrupt. The reward for mining Bitcoin halves every four years, and the next halving is due in two years. That ought to precipitate a shake-out. When the Bitcoin price falls, even low cost energy becomes uneconomic.

Now someone needs to convey the message to the bridge of the USS Enterprise. ®

* The 3MW solar input complements the "low-cost grid supplied power" it will be offering to blockchain crypto punters, but it hasn't specified the amount.

No Kirk cameo for septuagenarian thesp

Shatner to return as Kirk