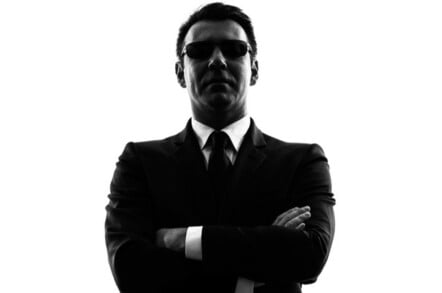 The US government issued an interim rule this morning prohibiting agencies from using products or services that have pretty much anything to do with Kaspersky Lab.

The Federal Acquisition Regulation (FAR) comes into effect from 16 July 2018 and is a result of the National Defense Authorization Act (NDAA), which prohibits any part of the US Federal government from using the antivirus vendor's wares.

The prohibition comes into effect from 1 October, and the FAR is a clear signal that, yes, it is really going to happen. Any solicitations issued on or after 16 July will include an anti-Kaspersky clause and anything issued before will need modifications to reflect the US government's stance.

The FAR for the Department of Defense (DoD), the General Services Administration (GSA) and NASA also applies to any companies contracted by the agencies. So anyone hoping to grab some taxpayer dollars should probably make sure Kaspersky Lab's products have been stripped from equipment doing government work.

Astronauts aboard the International Space Station will be relieved to know that they shouldn't have to perform any tricky uninstalling. In 2008, NASA used Norton (PDF), and ever since then it has used "an antivirus".

A source, who spent a substantial chunk of his career dealing with contracts for the UK's Ministry of Defence, told The Register that such clauses were nothing unusual and recalled rooms or even buildings full of workstations cleaned to government requirements, with snap audits by officials being commonplace.

As such, third parties may simply opt to play it safe and remove any trace of Kaspersky Lab in order to avoid a difficult chat with the men and women in black. This would, of course, be bad news for the Russian software vendor, which is already engaged in legal action against the prohibition.

Kaspersky Lab continues to maintain that the underlying statutory provisions of the interim rule, Sections 1634 (a) and (b) of the National Defense Authorization Act for Fiscal Year 2018, violate the US Constitution by specifically and unfairly singling out the company for legislative punishment, based on vague and unsubstantiated allegations without any basis in fact. Through our appeal filed in federal appellate court, Kaspersky Lab will continue to challenge the constitutionality of these provisions.

The lack of concrete evidence of what Kaspersky Lab is actually alleged to have done to merit this action continues to vex the Russian outfit. Thanks to the secretive nature of intelligence agencies and the potential sensitivity of the alleged stolen data, that evidence is unlikely to be shared any time soon. ®