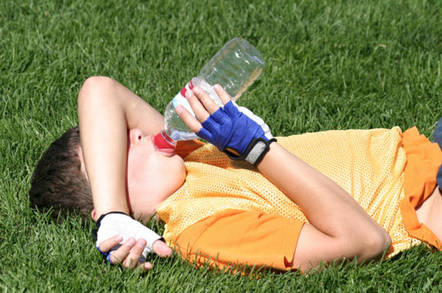 This is permissible under Swiss law. Beeping your car horn, perhaps not. Pic: Shutterstock

A Swiss police force has decreed that up to an hour of car-horn beeping during the football World Cup will be officially tolerated by the famously pernickety nation.

Senior officers in the canton of Vaud have said they will tolerate car horn beeping for up to an hour after World Cup matches so fans can express their “joy or disappointment”, The Local reported.

The limit that the cops would tolerate for noise and football-related unruliness would be precisely “60 minutes, at the end of the match”, according to a French-language statement they issued. A machine translation of this perfectly preserved the Swiss nuances by telling us that police said “abuses will be denounced”.

While the Vieux Guillaume were not in favour of processions of unruly football fans racing around the stadts and valleys of the picturesque Swiss region, they said they would tolerate processions provided they didn’t interfere with traffic in an “exaggerated manner”.

“The municipal police and the cantonal police of Vaud recommend to the supporters to express their jubilation by respecting the rules of road traffic and to be cautious so that the party remains beautiful until the end of the event,” they concluded.

Yesterday saw the opening match of the World Cup, where hosts Russia gave Saudi Arabia a thorough 5-0 thrashing. Ladbrokes is currently offering odds of 14/1 for England to win the tournament, with the favourites being Brazil at 4/1.

Fans of differently shaped balls will be looking forward to tomorrow’s smorgasbord of rugby union summer international matches, including New Zealand v France, South Africa v England and Argentina v Wales. Australia will also be facing off against Ireland, while fans of plucky underdogs will be intrigued by Japan v Italy.

The latter nation has faced calls to be dropped from the Six Nations tournament while Japan (a nation with no real rugby reputation in the northern hemisphere) shocked the world by beating South Africa’s Springboks in the opening group stages of the 2015 Rugby World Cup – a victory that eventually propelled coach Eddie Jones from the Land of the Rising Sun into the hot seat at England. ®

*A Reg reader contests that Kuckucksuhren originated in Germany's Black Forest, although there is no definitive proof of this. Switzerland, Austria and Germany all have a rich tradition of the craft.