Which? calls for compensation for users hit by Windows 10 woes

So how did that April 2018 Update go for you then? 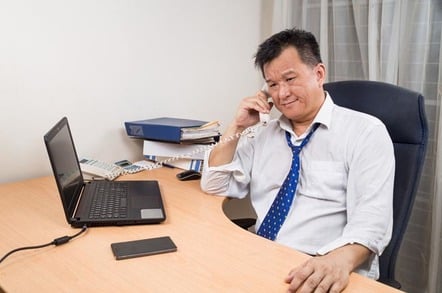 Champion of consumer rights and closer of customer email services Which? has taken a hobnailed boot to Microsoft's beleaguered Windows 10 operating system with research that will make for unpleasant reading at Redmond.

A latest survey of more than 1,100 UK users comes after Which? gave Microsoft a kicking back in 2016. One thousand members of the online comparison service got in touch back then to complain about Windows 10 updates, and nearly two years on – things do not appear to have moved on much.

In the survey, conducted in March and so before the excitement of the April 2018 Update, Which? reported users experiencing slow PCs and occasionally total failure. Forty-six per cent of users that suffered the latter condition ended up paying an average of £67 to get someone to fix their PC for them.

Half of users questioned experienced some sort of problem, with 21 per cent reporting programs behaving erratically or failing completely following a Windows 10 update. Sixteen per cent found hardware such as printers or speakers had stopped working.

Which?'s helpdesk revealed that over the last three years it had been contacted about Windows 10 problems three times as often as it was contacted about all other operating systems combined (including mobile).

The consumer champion has called on Microsoft to allow users to have more choice on whether to accept or reject updates and be clear about the potential pitfalls as well as benefits in allowing an update to install. And, of course, to pay compensation for those hours lost or costs incurred as consumers battled with the consequences of clicking OK.

Alex Neill, MD of Home Products and Services at Which?, said: “What started out as a tech problem has become a huge customer service fail. Microsoft needs to finally engage with its customers, do more to fix the problem and pay out compensation, where appropriate.”

Good luck with that. Microsoft reacted sniffily to a class action lawsuit brought over the Windows 10 update last year. The wonderfully named Frank Dickman demanded in February 2018 that Microsoft give him back his Windows 7 or pay $600m. Dickman’s chances of a bumper payday range from razor thin to none.

In the case of Which?, Microsoft struck a more conciliatory note: “We want to make sure our customers receive the right support they need to get the best Windows update experience and we will continue to review customer enquiries and issues on a case-by-case basis to ensure individual help and resolution where possible”

Microsoft are keen to ensure users keep updating in the wonderful world of Windows as a service and, to be fair, Windows 10 has excellent security defences in spite of its faults.

However, the Which? survey and the groundswell of user dissatisfaction shows that the software giant still needs to work a little harder in how it communicates with and pushes updates on unsuspecting users. ®