Disney and NBCUniversal say the new bill is potentially unconstitutional 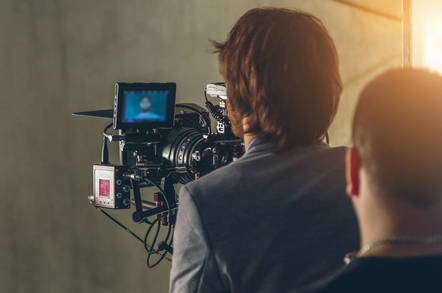 Several Hollywood companies have rallied against a bill that would ban the creation of fake pornographic videos made using AI.

Bill A08155, filed by the New York State Assembly on May 31, looks like the first legal step taken to combat ‘deepfakes’, a technique that alters videos by stitching other people’s faces often onto the bodies of adult actresses.

The technology gained traction when it was discovered that a Reddit message board r/deepfakes had been quietly growing. It was a place where internet onanists shared tips and tricks on how to make the best, most realistic fake skin flicks and posted their results. Reddit has since updated its rules to forbid any potential sexual content involving minors.

The bill goes further and isn’t just aimed at protecting minors. It fights for “the right of privacy and the right of publicity” for anyone alive or dead.

“An individual's persona is the personal property of the individual and is freely transferable and descendible,” the bill reads. So crafting a “digital replica” for films, adverts, musicals, for commercial purposes or without explicit written consent is violation of an individual’s rights.

Anyone who knowingly makes these fake videos should be considered to be committing fraud and should be liable to pay damages to the victim.

It means that deepfakes also falls under this category. “Use of a digital replica of an individual shall constitute a violation if done without the consent of the individual if the use is in an audiovisual pornographic work in a manner that is intended to create and that does create the impression that the individual represented by the digital replica is performing,” the proposed law states

Entertainment companies like Disney, NBCUniversal and several others represented by the trade association The Motion Picture Ass. of America (MPAA) have hit back, declaring the bill to be too restrictive to creativity and storytelling. It would make biopics about actors, musicians, or athletes impossible, according to an memorandum written by the MPAA.

Disney and the MPAA both believe that deepfakes are a pressing problem, but that tackling it in this way was potentially unconstitutional, violating the First Amendment which protects free speech from government regulation.

A letter written by Lisa Pitney, vice president of government relations at Disney to the New York State Senators, said: “If adopted, this legislation would interfere with the right and ability of companies like ours to tell stories about real people and events. The public has an interest in those stories, and the First Amendment protects those who tell them.”

NBCUniversal argues that it doesn’t believe there is an actual pressing problem involving unauthorized “digital replicas” of people that warrants rushed legislative intervention,” according to the memo [PDF] it drafted.

But if the bill were to pass it’d make the creating of content in New York much more risky compared to other jurisdictions. ®