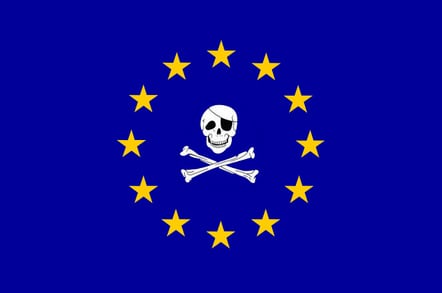 A large group of Internet pioneers have sent an open letter to the European Union urging it to scrap a proposal to introduce automated upload filters, arguing that it could damage the internet as we know it.

The European Parliament's Legal Affairs (Juri) Committee will vote on the proposal contained in Article 13 of the Copyright in the Digital Single Market Directive next week.

The proposal would see all companies that "store and provide to the public access to large amounts of works" obliged to "prevent the availability… of works… identified by rightholders."

Despite the inclusion of language that says such measures need to be "appropriate and proportionate," it has caused many to worry that the law will lead to a requirement for all platforms to introduce automated content filtering, and shift liability for any copyrighted material that appears online from the user that posts it to the platform itself.

"By inverting this liability model and essentially making platforms directly responsible for ensuring the legality of content in the first instance, the business models and investments of platforms large and small will be impacted," warns the letter [PDF] signed by "Father of the Internet" Vint Cerf, world wide web inventor Tim Berners-Lee, as well a host of other internet luminaries including Wikipedia's Jimmy Wales, security expert Bruce Schneier and net neutrality namer Tim Wu.

The letter warns: "The damage that this may do to the free and open Internet as we know it is hard to predict, but in our opinions could be substantial."

The tech-heads argue that the current system where a platform is obliged to act only when informed of copyright-infringing material is a "balanced liability model" that allows internet services to flourish while limiting widespread piracy of others' work.

Great - but what about this massive problem?

But in the eyes of copyright holders – most significantly, large media organizations – that system requires them to constantly monitor and fire off notices to internet organizations to take down content, only to see it pop up elsewhere immediately.

The issue – and the reason for the EU proposal – is the sheer scale of the problem. Just Google alone receives three million takedown requests every day – that's every day. The system is so broken that big corporations are now sending automated requests with millions of links that may or may not exist, just to try to cover the issue.

Mulled EU copyright shakeup will turn us into robo-censors – GitHub

Faced with this reality – and the continued heavy pressure exerted by intellectual property lawyers – the law has been slowly turning against the original liability model that was developed in the early days of the internet's commercialization.

Last year, for example, the US Ninth Circuit of Appeals – based, critically, in California where many of the world's largest internet platforms are based – questioned whether one online platform was actually acting as an "agent" for users given its moderation rules. If so, it would have to assume some degree of liability for copyrighted content that appeared on its platform. That decision caused Google, Facebook and a wide range of other internet companies to freak out.

What the European Union has tried to do is recognize improvements in technology for identifying copyrighted material and oblige internet platforms to use them, while writing in language intended to ensure it doesn't result in IP lawyers demanding that no copyrighted material ever appears.

The internet luminaries – as well as a range of other groups and lawmakers – feel that this approach goes too far. Writing in an obligation to use such technology places the onus on those platforms to ensure that nothing goes up that shouldn't go up – and that will result, they argue, in companies having to ensure that their systems are foolproof or risk facing massive fines.

The automated copyrighted recognizing technology is, of course, very far from perfect and would likely result in huge amounts of legitimate content being blocked until reviewed, which would then cause a huge backlog of material for companies to go through, effectively gumming up the entire service.

"The cost of putting in place the necessary automatic filtering technologies will be expensive and burdensome, and yet those technologies have still not developed to a point where their reliability can be guaranteed," the letter argues. "Indeed, if Article 13 had been in place when Internet’s core protocols and applications were developed, it is unlikely that it would exist today as we know it."

The signatories are also concerned that Article 13 is worded too vaguely and would make compliance difficult. "None of these versions of the text would provide either clarity or consistency in their attempts to define which Internet platforms would be required to comply with the provision, and which may be exempt," it notes. "The resulting business uncertainty will drive online platforms out of Europe and impede them from providing services to European consumers."

The letter makes a point of recognizing the legitimate reasons why the article was written in the first place, noting that it is "well-intended" and that the signatories "share the concern that there should be a fair distribution of revenues from the online use of copyright works, that benefits creators, publishers, and platforms alike."

But, as IP lawyers will no doubt be quick to point out, the letter doesn't propose an alternative solution.

With the ubiquity of the internet and the seemingly endless increases in storage, access and upload speeds, the problem of copyrighted material being made so readily available that it can feel there are no controls at all, is not going to go away.

Until and unless a more effective solution appears, there will continue to be legislative efforts to introduce a better balance. ®

Social networks have too much power, says web daddy, and their profit motive means they won't act for the good of all