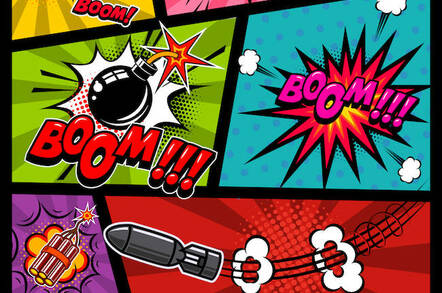 Server spending is up by a third globally with purveyors of clouds buying up boxes to bulk out data centres, mid-sized enterprises refreshing their own estates and component shortages playing a part too.

In addition to the likes of Google, Microsoft and Facebook scaling investments in server farms, user organisations also found more cash to splash on their own bit barns, said Jeffrey Hewitt, research veep at Gartner.

“Enterprises and midsize businesses are in the process of investing in their on-premises and co-location infrastructure to support server replacements and growth requirements even as they continue to invest in public cloud solutions.”

According to Gartner stats, Dell EMC put more water between itself and market number two Hewlett Packard Enterprise with server revenue up 1.4 per cent to $3.93bn and sales rising 19.1 per cent to 556k.

The Texan-based outfit said in a recent call for its Q1 (three months ended 4 May which overlapped with Gartner calendar Q1 server research) its PowerEdge and cloud server lines were leading the charge.

For Q2 of fiscal ’18 ended 31 January, HPE chief Antonio Neri said it saw a “continued decline” in sales of servers to tier one cloud player but that its hyperconverged, HPC and composable infrastructure still grew.

HPEs server margins in the quarter were negative and one of the ways it is looking to overturn this is by concentrating less on shipment volumes and more on the “value portion of our portfolio,” said CFO Tim Stonesifer.

Lenovo grew shipments almost 28 per cent to 32k boxes, so was still way off touching distance from the big two and placing it in third. Server revenue for Lenovo jumped 70.2 per cent to $312.4m. Also rans Cisco and Fujitsu squeezed into fourth and fifth spots.

It was of note that the ‘others section’ comprised of white box server builders and bit part players declined in both unit sales and factory revenues but still accounted for one third of the market in terms of vendors.

All regions grew sales and shipments by double digits, the Gartner numbers showed, but the reason for doing so in EMEA was “largely driven by component increases”, said Gartner research director Adrian O’Connell.

“The cost of certain components is increasing due to supply shortages, and this is compounded by recent currency volatility increasing the figures for revenue when measured in US dollar,” he added.

Dell’s Clarke noted component price rises in the past five quarters, most notably DRAM, were up circa 30 per cent. And this pressure isn’t going to let up anytime soon, he noted. ®