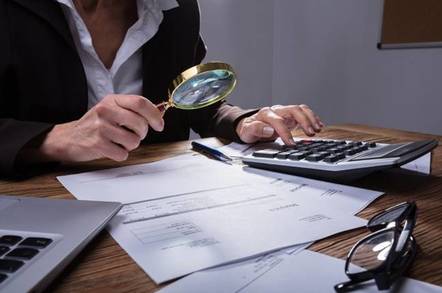 Police have carried out a worldwide wave of arrests that have seen 74 people detained and over $16m in purloined funds seized by suspected whalers, or business email compromise (BEC) fraudsters.

Over the past few years the FBI has been targeting BEC fraud, a social-engineering scam to convince companies and individuals to change the wiring address for invoices and contracts, redirecting the money to a criminal's bank account. Such scams have netted over $5bn in the last five years and the reported incidents are still increasing.

Or maybe not so much after today. The swoop, part of the FBI's Operation WireWire, saw 42 people arrested in the US, 29 in Nigeria and three in Canada, Mauritius and Poland. In addition, $2.4m in funds were seized and police were able to recover an extra $14m from fraudulent wire transfers.

"Fraudsters can rob people of their life's savings in a matter of minutes," said US Attorney General Jeff Sessions. "These are malicious and morally repugnant crimes. We will continue to go on offense against fraudsters so that the American people can have safety and peace of mind."

Among those arrested were accused money mules, who funnel funds around the world in exchange for a cut of the proceeds, and what the FBI describes as members of "international criminal organizations," that have targeted US businesses. High net-worth individuals, the elderly and home owners were also targeted.

The rewards for criminals can be immense. In 2016 the city of El Paso, Texas, was forced to admit it had lost $3.2m of city funds to a BEC scam, after bogus invoices were filed for work done on a $97m streetcar project in its downtown district. Just over half the funds were later recovered, but the city still lost hundreds of thousands of dollars.

“We will continue to work together with our law enforcement partners around the world to end these fraud schemes and protect the hard-earned assets of our citizens. The public we serve deserves nothing less.”

While the arrests won't stop BEC scammers, the arrests do look like a major win. It remains to be seen how many of the arrests were of the instigators of any fraud rather than money mules who just handle the cash and who are thus relatively easy pickings. But it does look as though law enforcement is at last getting to grips with the issue. ®