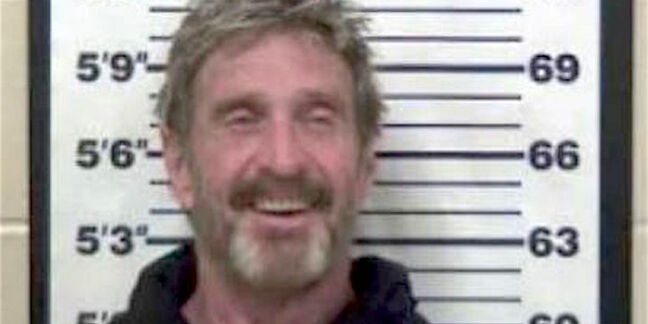 John McAfee will run for US president again.

In spite of going on the run from the Securities Exchange Commission last month, McAfee yesterday Tweeted his decision, which reverses his previous statements that his political career was over.

In spite of past refusals, I have decided to again run for POTUS in 2020. If asked again by the Libertarian party, I will run with them. If not, I will create my own party. I believe this will best serve the crypto community by providing the ultimate campaign platform for us.

McAfee ran in the 2016 election which brought current POTUS Donald Trump to the White House.

It's impossible to fathom McAfee's reasoning, so we will merely observe the coincidence of his announcement with the emergence of a new legal doctrine relating to presidential pardons.

As has been stated by numerous legal scholars, I have the absolute right to PARDON myself, but why would I do that when I have done nothing wrong? In the meantime, the never ending Witch Hunt, led by 13 very Angry and Conflicted Democrats (& others) continues into the mid-terms!

McAfee will have his work cut out for him, since at the end of May he said he's soon to launch a “physical cryptocurrency”:

No hoax. The "McAfee Redemption Unit" is real and coming in 26 days. The graphic is low res - don't want to give much away yet. Printed on currency paper, holographs on both sides, serialized, linked to the blockchain, redeemable, convertible, collectiblehttps://t.co/ySUwkDuW7s pic.twitter.com/75xTje39X8

Collectible money? On paper? Given that today's most secure banknotes are printed on polymers, McAfee might not be exactly up to speed this time around. ®