AIOps they did it again, played with your heart, new acronym shame

You might think it's a laugh, maybe you'll baaaarf, but yes, it's imminent 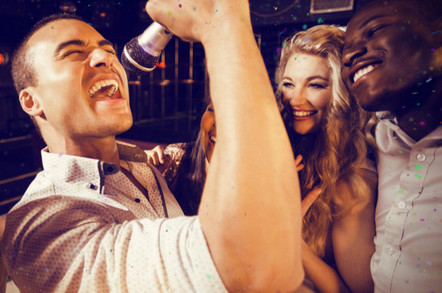 “So, let me ask you,” he said, smoothing out his goatee with one hand. “Five planes have been circling for hours, delayed. You can land one.” A long pause. “How do you choose?”

Us 20-something developers had been corralled into a windowless room to meet with this new “CTO”, but we were pretty sure they didn’t do much right clicking in Rational to extract those handsome sequence diagrams. “The one with the least gas!” one of my colleagues said. “The one that has the highest revenue!” I interjected. And the joker of the group: “Pick randomly!”

“No, no, and no. You pick the one with the most elite status travelers,” he said. This was unfair. None of us traveled as much as he did. I don’t think we could put together the proper attire for a wedding or a funeral between the six of us. “These are your best customers, so you want them to be happy. And that is what Business Service Management is!”

Confounded, we went back to what any self-respecting 20-something developers at the dawn of the 21st century were doing: writing a bespoke ORM framework.

Maybe this time we’ll get it right

This notion of measuring the “business impact” of all those whirring disks, CPU gauges, and web applications has always been with us. It’s the height of any high-falutin’ systems management ethos. It doesn’t matter if the CPU is pegged, what matters is if customers can book a car, buy a book, or see real-time, targeted ads for the removal of unwanted belly fat and the reduction in their monthly mortgage payments with the use of one, natural, miracle pill – all the while shopping for MAGA baseball caps.

Of course, just as vendors get close to solving the problem, a new array of middleware and infrastructure comes along (mobile, cloud, voice, blockchain, or whatever new technology Charlie Munger will hate on next year in Omaha) changing even the most basics of the problem space. And so here we are, some 15 years later, and systems management vendors are still trying to reduce the time IT fritters away on the pea-soup of metrics and tickets that hurtle towards them each day. “Business outcomes,” friend.

But wait! There’s a new way to focus on the business value: AIOps. First, it meant “Algorithmic IT Operations,” but clearly, that dog don’t hunt, so it now means “Artificial Intelligence for IT Operations” – the second “I” is silent.

The phrase pretty much defines itself, but here’s how Gartner’s Andrew Lerner puts it:

Yup, yup: the kind of one-dish-dump dinner our MoMs are always after.

CogOps! Barkeep, when you see this PDF reader empty, just fill it right back up!

What’s shared between all definitions is applying machine learning to whatever large corpus you have lounging about with the aim of solving and predicting ops problems. That seems fair: if Google Photos can cluster together all my pictures of late 20th century clown paintings, the ops wizards out there should be able to automagically find patterns and even start to predict when things will go wrong in the glass cage.

Gartner tells us that by 2019, 25 per cent of enterprises will use AIOps to support “two or more major IT operations functions”. Achieving growth rates that’d make Munger’s head pop, in its Market Guide for AIOps Platforms report, the same put the number at a whopping 40 per cent in 2022, saying it was at about 5 per cent penetration in 2017. Hopefully between those two estimates there was some revision of the prediction models: that’s some insane growth.

However, that 5 per cent explains why it’s so hard to find enterprises gushing about their success with AIOps.

“Using AI/ML in IT ops could be as simple as automatic thresholding,” 451 Research’s Nancy Gohring told me. “On the more useful end of the spectrum, it means presenting users with some actionable information.” Triggering those actions comes from machine learning all that historic data, as she explained: “The alert could be based on automatic thresholding or analysis of historical incidents, potentially across a vendor's customer base.” That could then be presented “along with possible suggestions for a way to solve the problem – again, based on analysis of historical activity”.

For example, one insurer who applied Moogsoft’s AIOps approach used the machines to reduce their event storms by 99 per cent, while HCL worked with the same steer and carved down their ticket queue by 62 per cent – so precise!

There’s no cold winter in heaven

When you ask most people in the industry about the term AIOps, they roll their eyes. While it sounds cool, they collectively admit that the name over-promises. As Gohring told me: “Many vendors are confused by the term and end users are wary of it in the same way they're wary of the more general AI/ML concepts – they want to understand how much of it is marketing BS and how much of it might be of value to them.” Sure, “AI” is a bit aspirational, but calling it “MLOps” sounds more like a character cut from early Adventure Time concept art.

IT will likely get much benefit from applying ML to it’s ever-growing data sets in the “punk era of IT” we now call “cloud.” While it’s delightful to poke fun at the name “AIOps”, it’s likely the usual innovation in AI that we quickly forget and then take for granted. “There have been a number of successes [in AI] over the years,” Moogsoft’s Dominic Wellington says. “The problem is that each time, the definition of AI has been updated to exclude the recent achievement.”

In one of my all-time favorite analyst PDF subheadings, Forrester leaves us with this inspiring send-off (PDF): “We’ve Seen Too Many False Prophets, But A Messiah Is Coming.” Cancel your haircuts, my BOFHthren – lo! – make ready to wash feet! ®