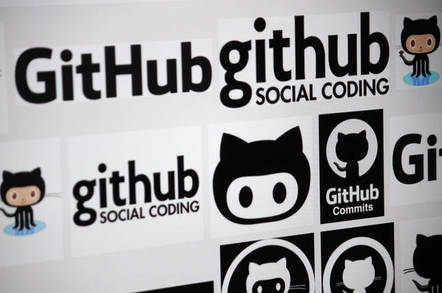 Microsoft has agreed to acquire development platform GitHub in a deal worth $7.5bn, sending developers scurrying for cover.

The Office-maker is chuffed to call itself the most active organisation on GitHub, claiming more than two million commits made to projects. The Seattle software slinger has its origins in development tools and platforms, and the acquisition can be seen as a return to its roots.

"We recognize the responsibility we take on with this agreement," said Microsoft CEO Satya Nadella.

"We are committed to being stewards of the GitHub community, which will retain its developer-first ethos, operate independently, and remain an open platform. We will always listen to developer feedback and invest in both fundamentals and new capabilities."

Developers, however, have not reacted too well to the news.

The Register has been conducting a survey on the acquisition – at the time unconfirmed – and the results are, unsurprisingly, currently leaning towards the negative four to one.

Meanwhile, GitLab, yet another source management platform, first congratulated competitor GitHub on the purchase before gleefully pointing out that it was seeing 10 times the normal rate of repositories being imported.

Judging by the latest statistics on GitLab's own status dashboard, that figure may actually be on the low side as developers got twitchy over the weekend and woke up this morning to more rumours before Microsoft and GitHub finally went public.

GitHub claimed 57 million repositories as of 2017, and more than 80 million projects in a post trumpeting its 10th anniversary. Today, it has some 28 million users. GitLab has a way to go, but will welcome this unexpected piece of marketing.

GitLab itself has had a few troubles of its own, giving programmers a collective heart attack after accidentally deleting production directories in 2017 before managing to recover the lost data.

The service suffered some severe performance issues in April this year – hopefully this have been resolved in the face of an apparent repo surge.

There are other alternatives – such as BitBucket, SourceForge, and Gitea.

While Microsoft has taken great strides in embracing open source and projecting a caring, sharing image during the reign of Nadella, software makers seem to have long memories and remember darker days.

However, jumping ship to another service immediately is a little premature, and the words "frying pan" and "fire" spring to mind. While there are several other Git services available (and nothing stopping a coder rolling their own) it would be prudent to allow the dust to settle and plan a considered migration if, indeed, any migration is needed.

Finally, it's worth noting GitHub, once inside Microsoft, will be headed by Nat Friedman, of Xamarin fame, following the departure of Chris Wanstrath as CEO.

"GitHub will operate independently as a community, platform, and business," Friedman said. "This means that GitHub will retain its developer-first values, distinctive spirit, and open extensibility. We will always support developers in their choice of any language, license, tool, platform, or cloud." ®