Help, I'm being held prisoner in a security camera testing factory. So please read this...

Reg vulture gets its claws on Reolink's Argus 2 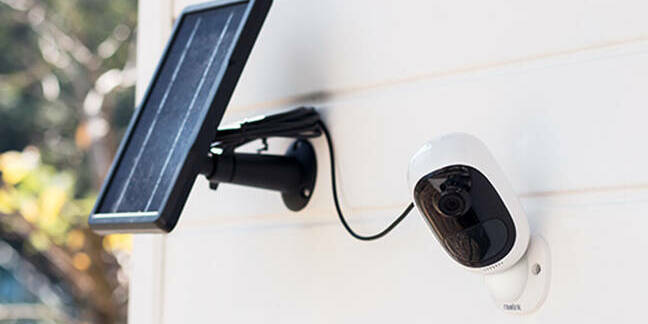 Review One of the interesting side effects of being asked to test smart-home technology is that you get grumpier about it.

Most folks buying a product like a smart thermostat or socket or lighting or security camera will be excited about its possibilities, imagining scenarios where it will make their lives better, saving time or money or hassle.

But if you are in the fortunate position not to be invested in the technology because you didn't spend your own hard-earned cash on it, after a while you look at each new piece of shiny equipment with almost a sneer: ok, let's see what you've got.

Once you've seen live footage of your front door or the side of your house a dozen times, you start to wonder: when was this ever actually useful? Have any of those wonderful dreamt-up scenarios ever happened?

Before anyone buys a security camera for their home, our advice would be to ask: what do you really need it for? Is the crime-rate really that high in your area? Do you intend to use it as a replacement for a home alarm system? Or do you want it as well as a security system? In which case, why? What do you imagine is the extra benefit?

Once you've reached an honest assessment of what you want this camera to do, it's then time for a realistic appraisal of whether it can actually do it. And that's when you hit the dazzling array of products on the market.

One of the latest is Reolink's Argus 2 – which we have been testing for several weeks.

The Argus 2 is an unapologetic budget smart camera. It does what the company believes most people want but at a lower cost to its comparable rivals.

It offers an HD picture and motion detection. It does two-way audio so you can hear and speak to people near the camera. It sends alerts to your phone and can be live streamed on your phone.

It also has some nice high-end features: it is waterproof, its battery is rechargeable so you don't need to plug it in, and you can buy and plug in a little solar panel to keep it charged up.

At $129.99 that is a pretty good deal, especially when you consider products like the Arlo Pro 2 costs $220 and the Nest Outdoor IQ costs a whopping $349.

Smart burglar alarms: Look who just tossed their hat into the ring ... It's, er, Ring

If there was one thing we didn't like about the Argus 2 when we unpacked it and figured out where to place it to properly test its capabilities it was that the company was too anxious and apologetic.

There were so many warnings about how fast the camera's battery might run out and how the solar panel might not be that effective that we half-expected it to die on the first day and require constant maintenance – which would be a big no-no for a security camera – it needs to sit there and do its job and hardly ever been touched.

And there is a risk that if you placed this camera in a busy place – facing out onto the street or at your front door where there's lots of traffic – you risk slowly running the camera down to nothing. We tested it for several days in a busy place and – even with the solar panel recharging it – the battery was slowly dropping. Soon as we moved it to a less busy location – also with plenty of sun – the battery hasn't dropped below 95 per cent.

So that is compromise number one with getting the well-priced Argus 2.

A second compromise is – or was – picture quality. We were distinctly unimpressed with the picture quality until, eventually, we realized the system has automatically put on the "fluent" filter, as opposed to the only other option the "clear" filter.

This is weird language that means nothing more than HD and SD video. As soon as we shifted to HD "clear" video, we got the kind of picture quality we were expecting but the app immediately recommended we move back to "fluent" SD citing network considerations – but we suspect what it really means is battery considerations. 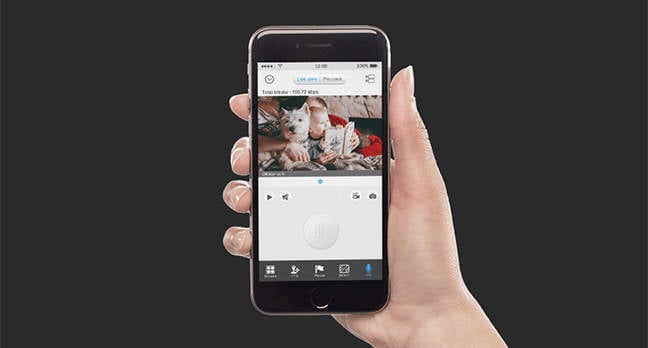 The Reolink app: it works, it's fine. But also a little... clunky

That said, the camera is not as good as the higher-end models: colors are not as deep and there is less contrast – so bright sun is just a giant white splodge. But then this isn't a movie we're making – it's a security camera.

There are numerous other small details that are a little bit cheaper with the camera when compared to its more expensive competitors but the big no-no for us was the cheap screws that were included to screw it in place.

No company should ever scrimp on screws. Good screws cost a tiny amount more and lend an immediate sense of confidence in the quality of a product. We literally had to throw the Argus 2 screws in the bin after the third one failed and its head stripped before we could screw it in properly.

Which is a shame because the actual camera, while not as sturdy as more expensive cameras, is still pretty good and has some nice features – like a little waterproof cover with its own hat to protect it.

There are three big compromises however that, depending on what you expect the camera to do, may be the difference between getting a smart camera for $130 or saving up to get one for $220 or $350.

The first is storage. Unless you buy a separate micro SD card, you are completely reliant on live streaming. Say you get an alert saying motion has been detected. By the time you have seen it and opened the app, unless someone is standing still by your door, they may have gone by the time you see the live stream. And there's no way to go back and get it.

Flagship killer at a lower cost, though €500+ isn't exactly budget

Exclusive Democratising mass surveillance, one snafu at a time