Plus: Those neural network stock photos... 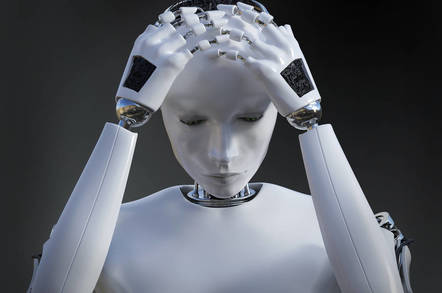 Roundup Here's a quick roundup of all the important announcements in AI this week.

Google has succumbed to pressure and won't be renewing its contract with the US Department of Defense for Project Maven, there's a public massive data dump for useful for training self-driving cars and some hatred for AI stock photos.

Google to pull out of Project Maven: Google executives announced it would not be renewing its contract with the US Department of Defense for a controversial project that involves using AI to analyze drone footage.

Diane Greene, CEO of Google Cloud, declared the decision during an internal meeting to employees on Friday. The Chocolate Factory has faced mounting pressure to axe the project for months since reports revealed that it had struck a deal with the military in March.

Greene said Google would not be renewing its contract – which expires in 2019 – due to the negative backlash, according to Gizmodo. Internal emails viewed by the New York Times showed that Fei-Fei Li, chief scientist for AI at Google Cloud, warned the company against using AI to describe its work on Project Maven.

“Avoid at ALL COSTS any mention or implication of AI," she said. "Weaponized AI is probably one of the most sensitized topics of AI — if not THE most. This is red meat to the media to find all ways to damage Google.”

Li was right. The revelations dented Google’s image, and led to thousands of employees urging CEO Sundar Pichai to drop out of the project immediately. Some even resigned, according to Wired. And questions were raised over whether Google was going to use pictures and other information taken from its internet users to train its military-grade neural networks.

The International Committee for Robot Arms Control (ICRAC), a non-governmental organization co-founded by researchers worried about autonomous weapons, wrote an open letter, signed by hundreds of academics, in support of the rebellion.

Google tried to downplay the serious implications of Project Maven. It said that its computer vision tech was for object classification, and not for autonomous weapons, and that the contract was only worth $9m – a tiny fraction of Google’s profits.

But emails viewed by The Intercept showed Google reckoned it would make about $15m to start with and that it would eventually grow to $250m per year.

Google may have pulled out of Project Maven, but has, apparently, not ruled out the possibility of future contracts with the Department of Defense. Now, maybe other tech giants like Amazon or Microsoft, who already have government cloud deals might step in to fill the gap left by Google.

Wrong to dump Rekognition, says Amazon: Google aren’t the only ones grappling with difficult AI ethics decisions. Amazon too has troubles, and has responded to the American Civil Liberties Union (ACLU) criticism that it should not be supplying law enforcement with facial recognition capabilities.

It plans to continue supplying the technology to customers despite concerns that it could be used “authoritarian surveillance” and could be prone to large numbers of false positives.

“There has been no reported law enforcement abuse of Amazon Rekognition,” it wrote in a blog post.

“There have always been and will always be risks with new technology capabilities. Each organization choosing to employ technology must act responsibly or risk legal penalties and public condemnation. AWS takes its responsibilities seriously. But we believe it is the wrong approach to impose a ban on promising new technologies because they might be used by bad actors for nefarious purposes in the future.

“The world would be a very different place if we had restricted people from buying computers because it was possible to use that computer to do harm. The same can be said of thousands of technologies upon which we all rely each day. Through responsible use, the benefits have far outweighed the risks.”

Largest public driving dataset: Researchers from the University of California, Berkeley, have released “the largest and most diverse” driving AI dataset containing over 100,000 videos.

Huge amounts of data are needed to train self-driving cars. The learning engine needs to face a whole host of various scenarios on different roads under diverse weather conditions to cope with real conditions. Companies have to find ways of annotating the data for object classification – it’s a very tedious task that is sometimes outsourced to third parties.

The new BDD100K database contains over 100,000 driving videos that have already been labelled to include “image level tagging, object bounding boxes, drivable areas, lane markings, and full-frame instance segmentation,” according to a paper on arXiv. All the videos clips are 40 seconds long at 720p resolution at 30 frames per second.

You can request the dataset here.

What’s wrong with AI stock photos? Adam Geitger, a software engineer and consultant has taken to the internet to address the real problem in AI – it’s god awful stock photos.

“Sure, there is a lot hype and bad reporting around AI,” he wrote in a Medium post. “Let’s focus on an even more important issue that we can all get behind — the absolutely atrocious stock photos used in almost every single news story about AI.”

He’s right, they are pretty stupid. Look at the logo for Project Maven.

The seal for the Pentagon's Project Maven AI effort. Googlers are protesting their employer having a tiny piece of the project, which scored $100 million extra funding this year and is starting to expand. https://t.co/J9XIPMdAyn pic.twitter.com/hyaP9FCuG5

But that’s what makes them so great: AI is often ridiculous. OK, the cold, blue graphics of brains built with wires and bright nodes are pretty boring. 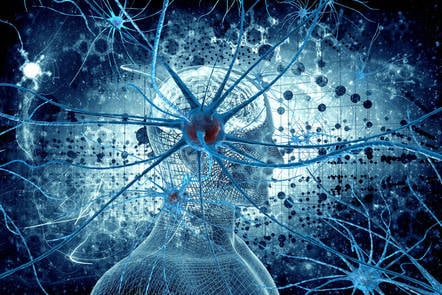 And the terminator ones are also overdone. 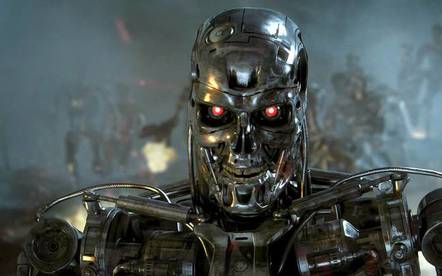 But we’re still a fan of the classic human robot handshake ones or the humanoids sitting in front of computers or dressed in business suits. 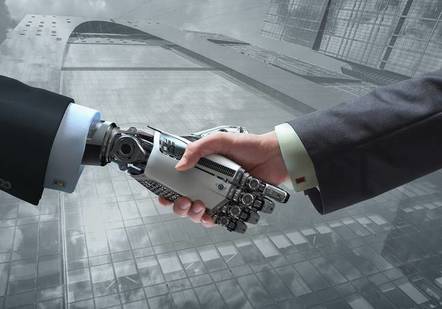 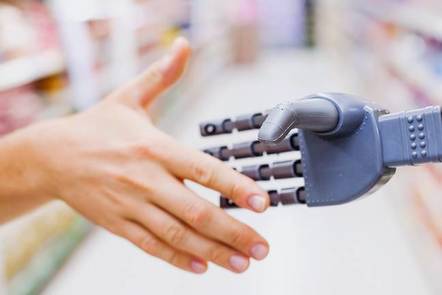 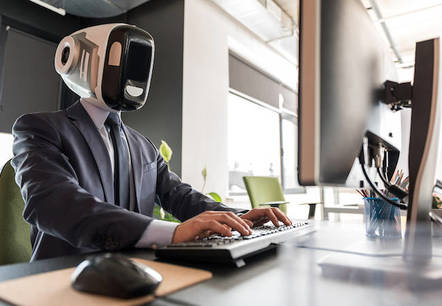 Perhaps we should make an AI that makes AI stock art. Now there's a thought. ®